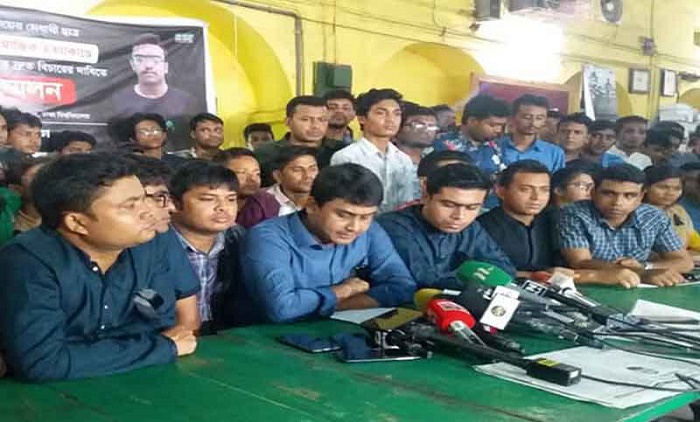 At the same time, the student wing of the ruling Awami League, demanded highest punishment of those who were involved in the killing incident.

The BCL made the demand at a press conference at Madhur Canteen of Dhaka University on Wednesday (today).

BCL acting president Al Nahiyan Khan Joy said,  “the organisation has not patronised those involved in the Abrar murder incident. Eleven of them have been expelled from the Chhatra League. The law enforcing agencies have taken action promptly, which was not seen earlier. The BCL will extend assistance in terms of arrest, if anyone involved in the incident was not arrested yet.”