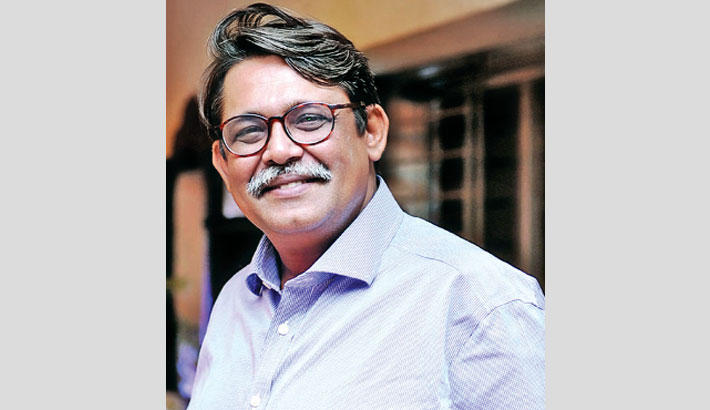 Prime Minister Sheikh Hasina’s diplomacy has caught India by surprise from the onion issue to the much-talked about sharing of water of the Feni river, leaving the ball entirely in Prime Minister Narendra Modi’s court to prove his words that warm ties between the two South Asian neighbours are an “example for the rest of the world.”

Indian media reaction on the visit was clear that they were impressed by Sheikh Hasina’s leadership and told their politicians to learn from Sheikh Hasina.

The Bangladesh prime minister covered all issues important for her country officially and unofficially outside the agreed points mentioned in the joint-statement at the end of her just concluded India visit.

Nothing that concerns her people was left out and her body language was clear that she was in command and thus a huge congratulations are due to our prime minister. Her domestic ratings are now on an upward trend after she launched a crackdown against corruption and illegal activities from her own turf – the ruling Awami League and her “onion diplomacy” pushed up it further.

Hasina and Modi formally discussed the Rohingya repatriation, Teesta water sharing, terrorism and border killings. Informally, she placed queries and her position to Modi on Assam’s National Register of Citizens (NRC) which excludes 1.9 million people of the state’s population of 33 million. “Your prime minister has told me that we have nothing to worry about and I do not care who else is saying what on the issue,” Sheikh Hasina told the media in what was seen as a well-measured reaction which also kept Modi on alert to his promise.

One has to be clear that Sheikh Hasina’s this trip to India was not any result-oriented one but more of a face-to-face meeting with Narendra Modi after both were re-elected in the recent general elections becoming the most popular leaders of their respective countries.

Sheikh Hasina and Narendra Modi known for having a good chemistry, need each other both in dealing with both of international and domestic issues. It is not a one-way ticket.

Yet, Sheikh Hasina’s diplomacy caught Modi by surprise and for us it was a matter of great pride. It was clear from her body language that she was in command and that she was in New Delhi not as a leader of a small neighbour of India but rather a country that has become a role model in different sectors.

Her comments on the sudden ban of export of Indian onion left New Delhi red-faced when she said that the sudden such action had put her people into difficulties and it contradicted premier Modi’s description of ties as an “example for the rest of the world.”

Things moved fast in New Delhi before the official talks between the two leaders started, the onion ban was lifted for only Bangladesh.

For our readers, Sheikh Hasina in a passing comment while addressing top Indian businessmen said that the sudden ban had put her people into “difficulties” and her country must be informed much before such decision in the future. The situation was so bad that she had asked her cook not to use onion.

Sheikh Hasina was clearly upset by the move and made no secret about it in her own kind of diplomacy. We have not seen any other leader to act in that manner other than the premier’s great father, Bangabandhu Sheikh Mujibur Rahman who told former Indian Prime Minister Indira Gandhi to withdraw her troops from Bangladesh before his birthday on 17 March 1972. She complied with the request.

She has already asked her officials to look for alternative sources of onion and bulk of the vegetable were ordered from Myanmar and Turkey on an emergency basis.

That and the rest is what we might call “Sheikh Hasina diplomacy” for the posterity to remember.

The much-talked about Dhaka’s approval to share the water of the Feni river. The 1.82 cusecs agreed for India was said to be on “humanitarian grounds” as otherwise residents of Subroon town in Tripura state would have to survive without safe drinking water.

The underlying fact is apparently telling Modi and West Bengal’s fiery Chief Minister Mamata Banerjee to do their part as far as sharing of the Teesta river water as without adequate water in the dry season the earth cracks leaving residents in extreme miseries. The other fact is the amount to be given to Tripura would not have any negative impact on Bangladesh.

The Indian media praised Sheikh Hasina for agreeing to share Feni river water and asked Modi “to reciprocate her magnanimity by initiating Teesta river water sharing to allow Bangladesh to get its due share.”

Observers say by agreeing to share the Feni river water, Sheikh Hasina has shown her farsightedness not only to put a moral responsibility on Modi to solve the Teesta issue, but also use a bridge to connect Chattogram with Tripura to be constructed by India. The people of the town would remain grateful to Bangladesh and Modi has got political plus become of Hasina’s gesture.

Sheikh Hasina won India on her side to ensure the return of some 1.4 million Rohingyas to their homes in Myanmar. Modi told her that India was already working to develop the Rakhine state for the return of the displaced Myanmar citizens who must have security of life in their own home.

Sheikh Hasina noted that the “people of Bangladesh are awaiting early implementation of the Framework of Interim Agreement for sharing of the Teesta waters under the 2011 agreed framework.

After pulling in almost the entire world, particularly China, in favour of quick repatriation of the Rohingyas, Sheikh Hasina finally got India on her side. New Delhi is now involved in developing the Rakhine state and taking security measures to facilitate the return of the Myanmar’s displaced population.

M. Shahiduzzaman of the Dhaka Universities International Relations Faculty termed the visit a “water shed ... a turning point” of ties between Dhaka and New Delhi, and that Sheikh Hasina has now also emerged as a seasoned diplomat, besides one of the greatest politicians of the world.

Last, but not the least India must read the Facebook status of murdered Engineering University student to understand why the pshchy was more anti-Indian despite its support for Bangladesh’s 1971 Independence war.

Thus Narendra Modi must act quickly to resolve all outstanding bilateral issues with Bangladesh not only to recognise the friendship offered by Sheikh Hasina and to erase mind-sets of suspicions against India like Abrar – a follower of Awami League politics.