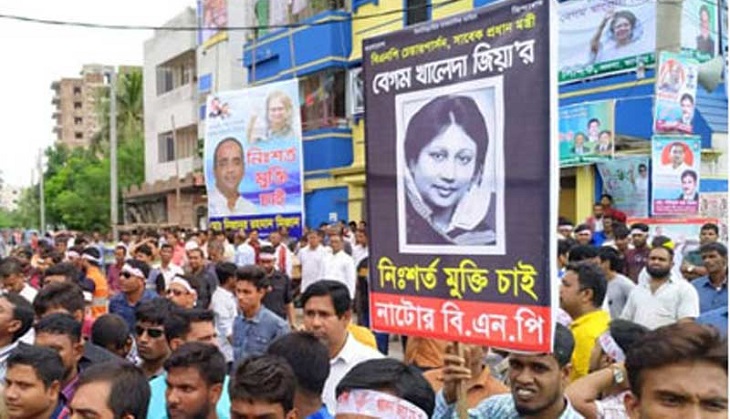 The rally started at 3:30 pm at a roadside ground mostly known as Madrasa Ground.

Earlier on Saturday, the BNP in a press briefing alleged that the administration detained 388 of their leaders and activists and stopped buses of various routes to foil the rally.

Former MP and city mayor Mizanur Rahman said, “This fascist government has ordered to stop plying of bus so that no BNP leaders and activists could attend the rally from adjacent districts.”

Former state minister Ruhul Kuddus Talukder said a total of 388 BNP men, including 80 in Rajshahi, have been arrested in Rajshahi division until Friday to foil rally.