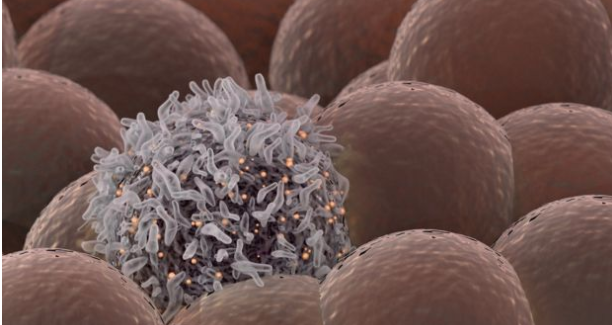 More than half of patients can now survive a deadly skin cancer that was considered untreatable just a decade ago, say UK doctors.

Ten years ago only one-in-20 patients would live for five years after being diagnosed with late-stage melanoma. Most would die in months.

But drugs to harness the body's immune system mean 52% now live for at least five years, a clinical trial shows.

Doctors said it was an extraordinary and rapid transformation in care.

How hard is melanoma to treat?

Melanoma is the fifth most common cancer in the UK and kills nearly 2,300 people each year.

If it is caught in the early stages then the chances of survival are good, but as the cancer becomes more aggressive and spreads throughout the body (known as metastatic cancer) then survival plummets.

"In the past, metastatic melanoma was regarded as untreatable," said Prof James Larkin, a consultant at the Royal Marsden NHS Foundation Trust.

He said: "Oncologists considered melanoma different to other cancers, it couldn't be treated once it had spread."

People tended to live between six and nine months after diagnosis.

What did the trial show?

The trial investigated two immunotherapy drugs which are designed to enhance the immune system and let it attack cancer.

Doctors then looked at the five-year survival rate - the proportion of patients still alive after five years.

"It's been an amazing surprise to see so much progress in such a short a period of time," Prof Larkin told BBC News.

He said: "It's been the most extraordinary transformation from a disease that was regarded, among all the cancers as the most difficult to treat, the most serious prognosis.

He said there is now "the possibility that 50% of people with stage four melanoma are alive five years after having immunotherapy treatment."

The findings have been presented at a meeting of the European Society for Medical Oncology and published in the New England Journal of Medicine.

Pam Smith, 67, from Royal Tunbridge Wells, started on the trial in January 2014.

She was "devastated" when she was told her cancer was untreatable and says she "wouldn't have stood a chance" without immunotherapy.

She had treatment once every two weeks for four months, but the drugs gave her such severe diarrhoea as a side-effect that she could no longer continue.

Her tumour halved in size after treatment and has not grown since. Pam now feels "brilliant".

She told the BBC: "I might not have seen my grandchildren.

"It's just over five years now since it happened and my youngest grandchild was six at the weekend.

"I wouldn't have seem him grow up and the other grandchildren as well."

Are these patients cured?

Saying cured is always difficult in cancer, but five-year-survival is a hugely significant milestone.

Some patients taking the drugs are in total remission with no sign of any abnormality on scans.

Others like Pam still have a tumour inside their bodies, but they are no longer growing.

Out of the patients that survived, three-quarters no longer need any form of cancer treatment.

How does immunotherapy work?

Immunotherapy is Nobel Prize-winning science that is making the untreatable treatable.

The field is one of the most exciting in cancer treatment.

The immune system constantly patrols our body, fighting off hostile invaders such as viruses.

It should attack cancers too - but cancers are a corrupted version of healthy tissue and can evolve ways of evading the immune system.

Ipilimumab and nivolumab both stop some cancers from hiding and allow the immune system to attack.

They interrupt the chemical signals that cancers use to put the brakes on the immune system.

It is described as taking the brakes off the immune system.

"By giving these drugs together you are effectively taking two brakes off the immune system rather than one so that the immune system is able to recognise tumours it wasn't previously recognising and react to that and destroy them," Prof Larkin said.

Yes, the drugs are changing the way the immune system works inside the body and that can have consequences, such as fatigue, skin rashes and diarrhoea.

Some are severe enough that patients like Pam cannot complete a full course of treatment.

However, even a brief spell of immunotherapy had a lasting benefit on the immune system and on patients.

This is in stark contrast to other cancer treatments such as chemotherapy which stop working the moment the treatment stops.

Although this lasting changes means side-effects could continue to emerge as patients get older.

Are these drugs available?

Yes, earlier results from this trial led to these drugs being made available around the world - including on the UK's National Health Service.

The decision to approve the drugs for melanoma was one of the fastest in NHS history.

And they are also being used in other cancers such as lung and kidney.

What do experts think?

He said: "I'm inspired seeing the advancements being made in the development of immunotherapies, and their potential to transform the outlook for some patients, giving them time with friends and family they never thought they would have.

"And now work continues to make sure more people with different types of cancer can also benefit from these innovative treatments."