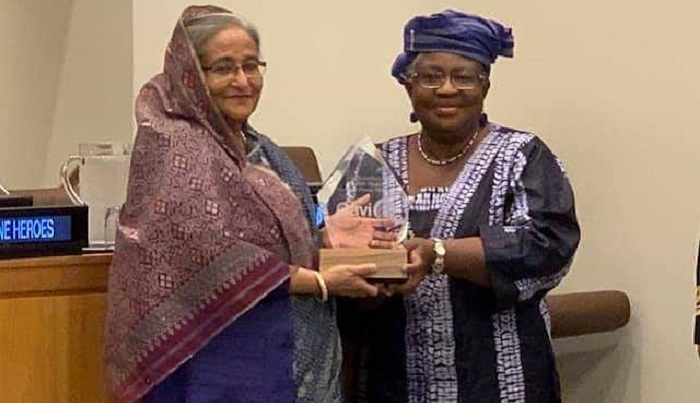 The Global Alliance for Vaccination and Immunisation (GAVI) conferred the accolade to Sheikh Hasina at the UN Headquarters in New York on Monday (September 23) at the United Nations Headquarters in recognition of Bangladesh's political leadership in the field of immunization.

GAVI Board President Engoji Akonjo Ibila and Seth Franklin Berkley, the company's CEO, handed over the award to the Prime Minister Sheikh Hasina.