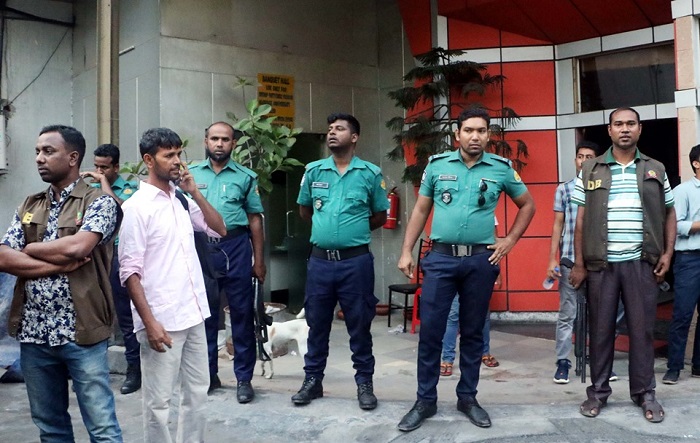 Law enforcers on Monday cordoned off three bars-- Golden Dragon Bar on New Eskaton road, Piyashi Restaurant & Bar at Moghbazar and Fu-Wang Club at Tejgaon-- as part of their ongoing drives against casinos and illegal gambling.

They conducted these drives suspecting that there might be gambling activities going on in the bars, but found no traces of such irregularities there.

Police started a raid at Golden Dragon Bar on New Eskaton area in the city around 7:30 pm but found no irregularities like running illegal casinos.

Hatirjheel Police Station officer-in-charge (OC) Abdur Rashid said, “We have raided the Piyashi Restaurant & Bar, but did not find anything.”

The team led by deputy commission (DC) of police (Tejgaon zone) Anisur Rahman, started the drive around 5:00 pm that some people were engaged in running Casino business and gambling there.