India train their brain for the final laps 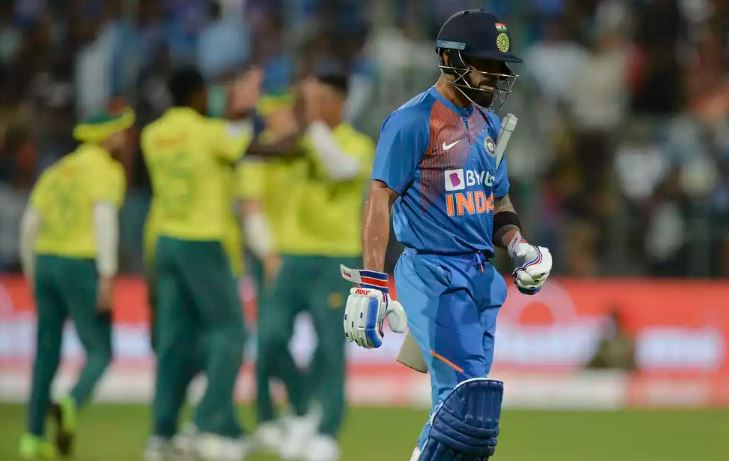 There's evidence everywhere of how cricket is a commercial success in India, and how every game is then a quasi must-win encounter for the hosts. Patterns begin to develop, you stick to them because they work, until they don't one day.

That's two finals and three semifinals that India have lost on the trot. 2011 remains the last semifinal they won. They are better than that.

It's clear that India have identified their last lap problem, which has them running the best marathons only to fall short on the last sharp sprint. That they are trying to work on it was evident in the third T20I in Bengaluru, when India threw a self challenge. At a venue where no international captain had opted to chase before, Virat Kohli did. The intention wasn't to lose but to venture into the unknown, where they had been in those ICC knockouts and didn't know what to do.

"I know it's a ground where teams chase well. Even in the IPL, it's a chasing ground. Heading into the World T20 though, we need to improve areas as a team. We know we're one of the top chasing teams. Batting first is then something we're also looking to strengthen. Results are always a priority, but we need to get out of our comfort zone," Kohli said at the toss. "Come the World Cup, toss is not in your control. Have a few plans in mind, will be looking to executing those."

Focus on the word "comfort zone" here. That would have been India bowling first, restricting South Africa to a below par total and chasing it down in a canter. It would have been Mohali from a few days back all over again. India don't want to enter that self-serving loop again.

Just in terms of what they were trying to achieve on Sunday, the idea was right. India win 75 percent of their home games batting second, and only 47 percent batting first. So the plan to challenge the batsmen to set a par total and then ask the spinners to defend it with dew around made sense.

But it went awry. Batsmen could only muster 134, pacers bowling too short and spinners struggled to grip the wet ball. It was agony India had subscribed to, by design, to train their brain.

"These kinds of games will keep happening as long as we are wanting to come out of their comfort zones as a team and putting ourselves in a situation, which could be the case in a big game in a big tournaments," Kohli explained. "I think if we as a team are willing to get out of our comfort zones a lot more, then we will be unfazed with what happens at the toss. That's why we have people batting till nine. Unless you do that and start taking those risks, you are always going to be put under pressure somewhere or the other. We want to make sure we iron all of those things out before we head into the World Cup."

It's worth noting that India now have a host of allrounders instead of Kuldeep Yadav and Yuzvendra Chahal, or Rahul Chahar who's in the current squad. You can sense the batting depth. Even when India were six down after 15 overs, they had Hardik Pandya and Ravindra Jadeja batting for them in the middle. There was more hope, unlike before when four-down would be death knell.

But it comes at a cost. Even with an extra option to go to, India looked light on bowling at Chinnaswamy. There was no specialist spinner bowling a great spell despite the dew. Krunal Pandya and Washington Sundar instead combined to pick zero wickets between them. Krunal, in fact, conceded 40 runs in his 3.5 overs. Ravindra Jadeja was the sixth bowler, delivering only two overs.

But Kohli didn't think that the bowling was an issue. To him, winning the toss and batting first meant at least 170 on the board.

"Bowlers coming out of their comfort zone means they need at least 160 [to defend]. You can't defend 130 with dew. You can't be harsh on the bowlers when there is that kind of a total with dew around. Around 170, the game in the balance and the guys have to turn up with the wet ball in hand -- that's more of a challenge. Not 134 to be honest," Kohli said.

India's day wasn't just about their allrounders being short with the ball. As Kohli pointed out, batting was a greater worry. Krunal and Washington combined to score only eight runs off eight balls.

Would it have made more sense to have a specialist bowler or batsman over an allrounder?

In the lead-up to the T20 World Cup in Australia, Kohli has promised bold calls from India, who have acted a bit too old for this format so far. They are now looking for a bit of madness, looking to train their brain for a bit of madness, and for a mad format such as T20 it can only be a good thing.