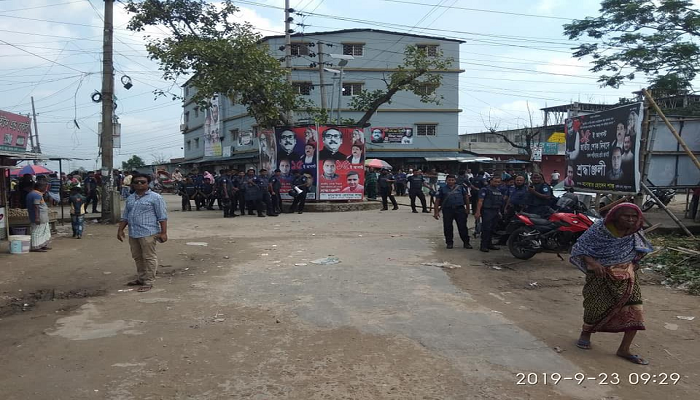 A team of Police and the Detective Branch (DB) on Monday cordoned off a former bank officer's house suspecting it to be a militant den in Tokkar Math area of Fatullah Upazila in Narayanganj district.

Aslam Hossain, officer-in-charge of Fatullah Police Station, said acting on a tip-off, they cordoned off the house around 4:00 am today suspecting that militants were hiding there.

“We’ll start the drive as soon as the Anti-Terrorism Unit from Dhaka reaches the spot,” the OC added.

However, police arrested three people from the house during the drive. They were identified as Fariduddin Rumi, 27, his wife Jannatul Foara Anu, 22, and Jamal Uddin, 25, son of former bank officer Joynal Abedin.