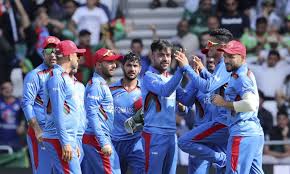 Afghanistan captain Rashid Khan is uncertain for the final of the ongoing tri-series against Bangladesh, which will be played on September 24 at Sher-e-Bangla National Cricket Stadium in Dhaka.

Rashid sustained a hamstring injury in the last league-phase game of the event on Saturday during the fourth over of the match. However, he later took the field and bowled three overs as well and picked up two wickets. But he was not looking comfortable in the middle.

At the post-match press conference, Afghanistan Manager Nazim Jar Abdur Rahim Zai told reporters that Rashid might not be available in the final for the injury.

“Rashid is our captain and the main player. So we will be monitoring him. We will have two-three days before the final. Let’s see what comes up,” he said.

“He has been doing well. But we cannot guarantee he will take part in the final against Bangladesh,” Afghanistan manager further told the reporters.

Till the last league phase-game, Rashid bowled 90 balls and picked up six wickets conceding 108 runs. Before heading to this series, Rashid played a pivotal role to win the solitary Test against Bangladesh in Chattogram.