Rise of a ‘Tender Shamim’ 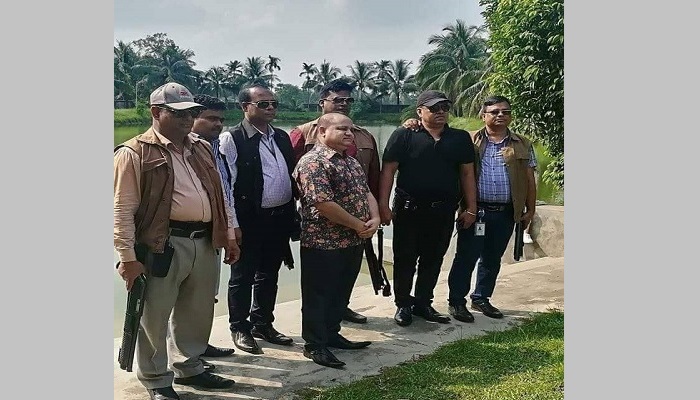 Rapid Action Battalion (RAB) arrested Jubo League central committee leader SM Golam Kibria Shamim and recovered around Tk 1.55 crore and some cheques of an FDR (fixed deposit receipt) account worth TK 165.27 crore during a raid at his office in the capital’s Niketan area on Friday.

A team of RAB-1, led by its Executive Magistrate Sarwar Alam, reached the house no-144 in the area around 12:30pm and raided the office of the JL leader, sources at RAB headquarters confirmed this to media.

Seven body guards of the JL leader were detained as well as foreign liquor, foreign currencies, firearms were also seized from the office during the raid.

According to media reports, Shamim is cooperative affairs secretary of the JL as well as vice president of Awami League (AL) Narayanganj district unit.

City dweller got puzzled following the arrest of Shamim with this huge amount of money, fire arms and drugs.

He has already become the talk of the town. How can a leader from the youth wing of a political party possess so much riches and manage to keep seven body guards?

Shamim, once a close associate of BNP leader Mirza Abbas, was made vice president of the Jubo Dal central committee.

Later, when the AL came to power in 2009 through the 2008 general election, he started to change his colour and joined AL youth wing Jubo League using his influence of money and arms men.

He was used to keeping six body guards, equipped with firearms, for his personal security.

Although some JL leaders, speaking on terms of anonymity, claimed Shamim has no post in the organisation and is a self-proclaimed cooperative affairs secretary of the organisation.

When asked about this after Shamim’s arrest on Friday afternoon, Harun-or-Rashid, general secretary of the JL, refrained from making any comment on the matter.