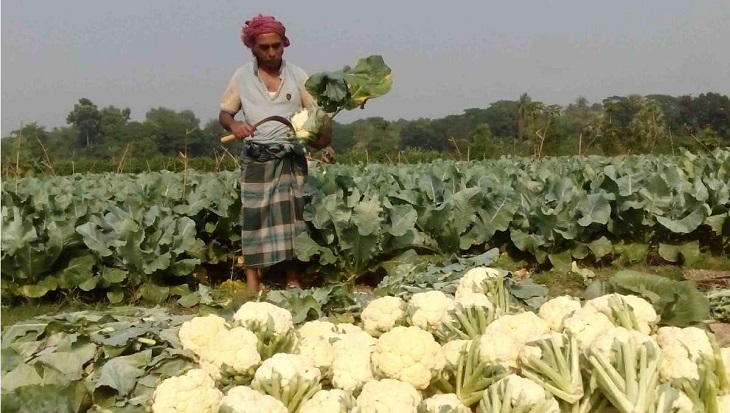 The farmers of the district, who supply the major portion of country’s total vegetable outputs, started cultivating winter vegetables in the beginning of August due to its high demand in the market.

Talking to the UNB correspondent, local farmers said this year they cultivated vegetables comfortably due to sufficient rainfall.

They said they are expecting a record quantity of production if there is no major natural disaster  in the country.

Chandu Mia, a farmer at Chaluahati in Manirampur upazila, said he has cultivated cabbage on his two bighas of land but failed to harvest it as his produces were damaged by diamond back moth paste attack.

He also urged the local agriculture department for providing necessary assistance for dealing with the paste attack.

According to the district Department of Agriculture Extension (DAE), 60 percent of the country’s  total vegetable production comes from the distirct.

The vegetables produced here are supplied to the capital and other parts of the country.

Sushanto Kumar Tarafdar, DAE additional deputy director, said Jashore is famous as a vegetable zone of the country and the farmers here are cultivating various types of vegetables in their land round the year.

He said the farmers would harvest their early variety vegetables by the next 30 to 45 days.

Sushanto Kumar said, "We're providing technical assistance to the farmers for making the vegetable cultivation profitable and keeping those free from paste attacks."