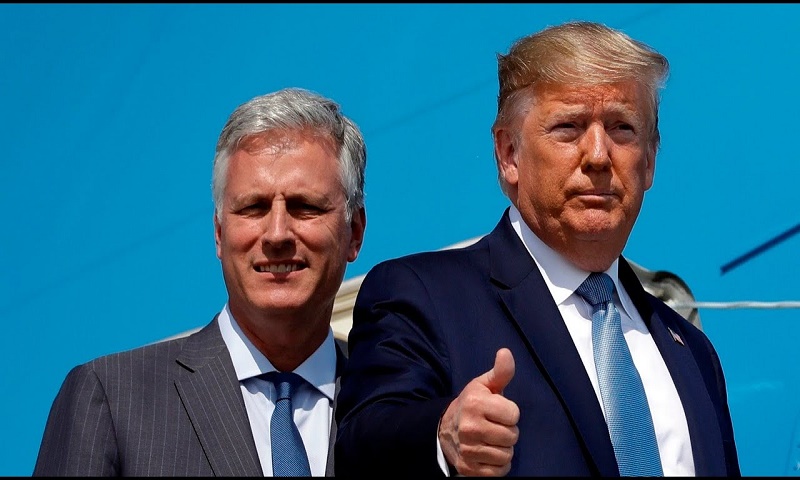 Trump, who made the announcement over Twitter, wrote: “I am pleased to announce that I will name Robert C. O’Brien, currently serving as the very successful Special Presidential Envoy for Hostage Affairs at the State Department, as our new National Security Advisor. I have worked long & hard with Robert. He will do a great job!”

O’Brien, who currently holds the position of a chief hostage negotiator, will be Trump’s fourth national security adviser.

On Tuesday, the White House had said that the President has shortlisted five names for NSA position. He has previously served under the George W Bush and Barack Obama administrations.

Trump had fired Bolton on September 11, saying he “disagreed strongly” with many of Bolton’s suggestions. The president has defended his decision to fire the former NSA, claiming that the latter had made some ‘big mistakes’ and his actions were not in line with the administration.