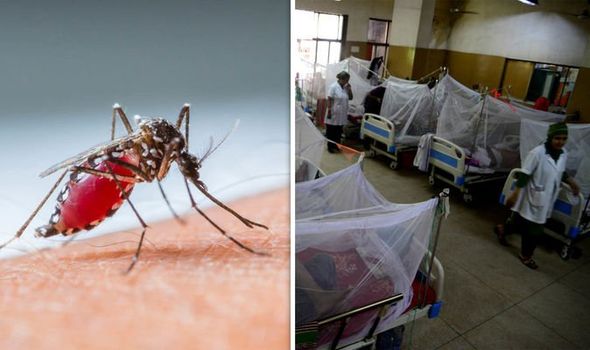 Around 2,360 dengue patients are undergoing treatment at different hospitals and clinics across the country.

Among them, 927 patients are taking treatment in Dhaka division and 1,433 are hospitalised outside the capital, a release of Health Crisis Management and Control Room of Directorate General of Health Services (DGHS) said on Wednesday.

A total of 82,990 patients got admitted to the different hospitals across the country since January this year. Of them, 80,427 patients have returned home after recovery, DGHS said.

According to Institute of Epidemiology, Disease Control and Research (IEDCR), 68 people have so far died of dengue.

Around 536 new dengue patients got admitted to different hospitals in the last 24 hours across the country. Of them 175 were admitted in Dhaka and 361 out of the capital, the release added.