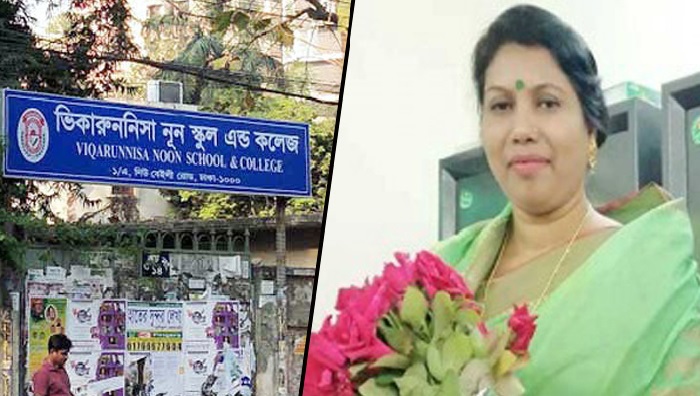 Newly appointed principal of Viqarunnisa Noon School and College (VNSC) Professor Fougia Rezwan on Tuesday joined the college after the High court (HC) cleared the way for it.

She was handed over the responsibility in the presence of chairman of the convener committee of the college this afternoon.

Earlier, on the same day, the HC lifted its stay order on her joining to the post of principal of the college.

The HC also issued a rule asking the authorities concerned to explain in four weeks why the appointment of Prof Fougia Rezwan shall not be declared illegal.

On Monday, the HC stayed till today (Tuesday) the joining of Prof Fouzia Rezwan as the principal of the VNSC.

The Education Ministry appointed her as principal of the VNSC through a notification two days ago.

Prior to that, Fougia Rezwan was serving as principal of Sabujbagh Government College of the capital.