11 killed in road crashes in 8 districts 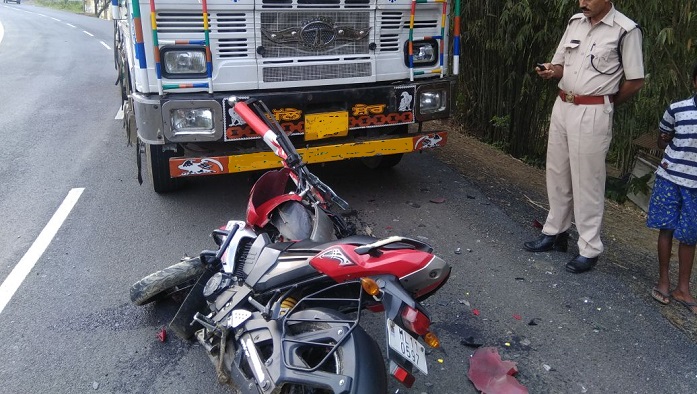 At least 11 people were killed and 11 others injured in road accidents in eight districts on Sunday, reports UNB.

In Cumilla, a bus hit a motorcycle on the Dhaka-Chattogram highway in Sadar Dakkhin upazila at noon, killing three riders.

The deceased were identified as Sajal, 26, son of Humayun Kabir; Shahin, 25, of Lalmoti village in Sadar Dakkhin upazila; and Kajal, 25, son of Sadek Hossain of Sanonda village in Lalmai upazila.

The bus crashed into the motorcycle in front of Palli Bidyut Samity office at Uttar Rampur around 12 noon, killing the three riders on the spot.

In Sylhet, two people died when a stone-laden truck rammed a CNG-run auto-rickshaw in Khagail area of Companiganj upazila in the afternoon.

The deceased were identified as Shah Alam, 21, and Khairul Islam, 24.

In Gopalganj, a bus and a pickup van collided head on in the morning, killing van driver Parvez Sheikh, 25, son of Mokhlesh Sheikh of Gopalkathi village of Bagerhat district.

A teenage boy was killed and his friend injured as a bus hit their motorcycle on Kishoreganj-Dhaka highway in Pulerghat area of Sadar upazila in Kishoreganj district in the morning.

The deceased was identified as Hridoy Hossain, 16, son of Abu Taher of Noyahati village in the upazila.

In Panchagarh, Mahin, 4, son of Rimon Ali of Langol village in Sadar upazila, was killed as an auto-rickshaw hit him in Burinban of Sadar upazila.

On Dhaka-Chattogram highway, elderly man Tajul Islam, 75, died when a bus hit him in Baluakandi of Gazaria upazila in Munshiganj.

In another accident on Magura-Narail road, a bus collided head on with a human-hauler at Baliadanga in Sadar upazila in the afternoon, killing a woman on the spot and injuring six people.

The deceased was identified as Anjali Rani Biswah, 45.

In Chandpur, a retired man was killed as a speedy motorcycle hit him at Mothkhola on Chandpur-Cumilla regional highway in Sadar upazila in the afternoon.

The deceased was identified as Nazrul Islam Gazi, 65, of Moishadi village in the upazila.

Palash Barua, a sub-inspector of Sadar Police Station, said the bike knocked Nazrul down while crossing the highway, leaving him injured critically.

Being rescued by locals, he was taken to Sadar Hospital where doctors pronounced him dead around 1 pm.