England in control as Australia wilt in fifth Ashes Test 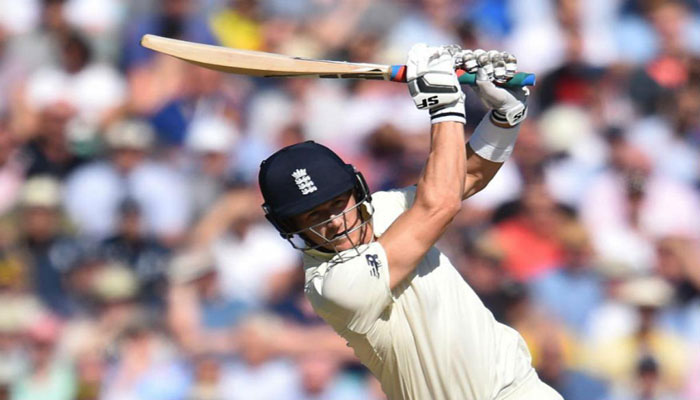 England seized control on the third day of the fifth Ashes Test on Saturday, building a likely match-winning lead of 382 as they look to square the series.

With two full days of play to come and the weather in London set fair, the home side, on 313-8 in their second innings, appear certain to pull level at 2-2 barring a miraculous fightback from Australia.

Nathan Lyon slowed England's progress in the morning session, taking the wickets of Rory Burns and captain Joe Root but those were rare early bright spots for the tourists on a pitch that offered little help.

Opener Joe Denly and Ben Stokes, playing as a specialist batsman, put on 127 for the third wicket as a tiring Australia attack ran out of steam in the September sunshine.

Off-spinner Lyon bowled Stokes after tea for 67 with a beautiful delivery that spun past the left-hander's forward defensive shot while seamer Peter Siddle had Denly caught at slip for a Test-best 94 shortly afterwards.

But the in-form Jos Buttler, who top-scored for England with 70 in the first innings, started fluently as he and Jonny Bairstow took the lead past 300.

Bairstow was caught by Steve Smith in the slips off the bowling of all-rounder Mitchell Marsh for 14 to give Australia a glimmer of hope.

But they missed a big opportunity when, in the next over, they failed to review a not-out decision against Buttler after an appeal for lbw, with replays showing Lyon's ball would have hit the stumps.

It was the second time that Australia had proved over-cautious. Denly should have been out lbw earlier on 54 but Australia skipper Tim Paine opted not to review.

Stokes, dropped on seven by Smith, started his innings slowly but accelerated, reaching his fifty off 89 balls with a huge six off leg-spinner Marcus Labuschagne over wide long-on.

The batsman is second only to Smith in the combined run-scoring charts over the series, albeit more than 300 runs adrift of the Australian's total of 751.

Denly looked increasingly confident as his innings progressed, finding the boundary regularly as the tourists' spirits drooped but fell agonisingly short of his first Test century.

Wickets fell at regular intervals in the final session, with Smith pulling of a phenomenal diving catch at second slip to remove Chris Woakes off the bowling of Marsh.

And the next ball Buttler departed for 47, top-edging Siddle to Labuschagne, who raced in from behind square to take a fine catch just above the ground.

Jofra Archer and Jack Leach were the not out batsmen at the close of play.

England batsman Denly, who witnessed his daughter's birth during the Test, told BBC Radio: "It was good, nice to get that score and disappointing not to get to the milestone.

"But we're in a great position going into day four and that's the main thing, hopefully we can make the most of it tomorrow."

World Cup winners England are aiming to restore pride in the final Test of the series even though Australia have already retained the Ashes urn.

The tourists came into the match hungry to wrap up their first series victory in England since 2001 but look as though they will come up short.

However, Siddle said they were not out of it yet.

He said: "We know what happened at Headingley on a nice batting strip (England scored 362 to win the match) so if we make the most of this deck, who knows?

"You wouldn't bet against Steve Smith making... (a) century -- that's a start and we'll see how we go from there."

Australian batsman Marcus Harris did not take the field on Saturday after dropping Denly on Friday evening. He required stitches but is expected to bat.