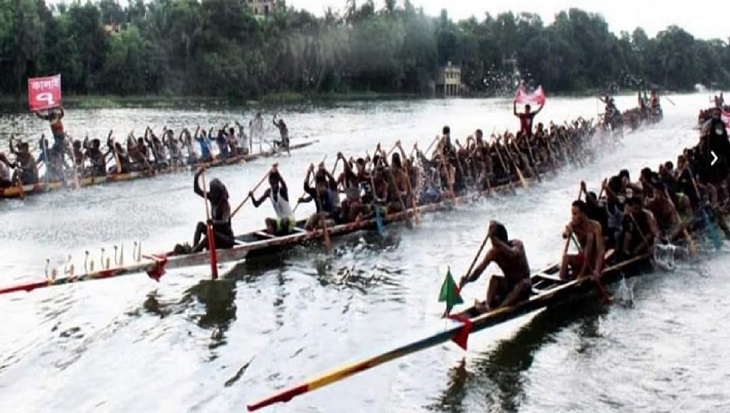 The four-day Sultan festival ended on Saturday with a popular boat race, locally known as Nouka Baich, in the Chitra River in the district down.

The festival, which began on Wednesday in Sultan Mancha of the district, was organised marking the 95th birth anniversary of the master painter SM Sultan.

On the ending day, State Minister for Youth and Sports Zahid Ahsan Russel inaugurated the race in the river near Sheikh Russel Bridge of the area in the afternoon.

Two teams – male and female – participated in the race while thousands of people took position on the banks of the river to enjoy the race.

Secretary of the Ministry of Youth and Sports Dr Md Zafar Uddin, Narail Deputy Commissioner Anjuman Ara, Superintendent of Narail Police Md Jasim Uddin, among others, were present at the occasion.