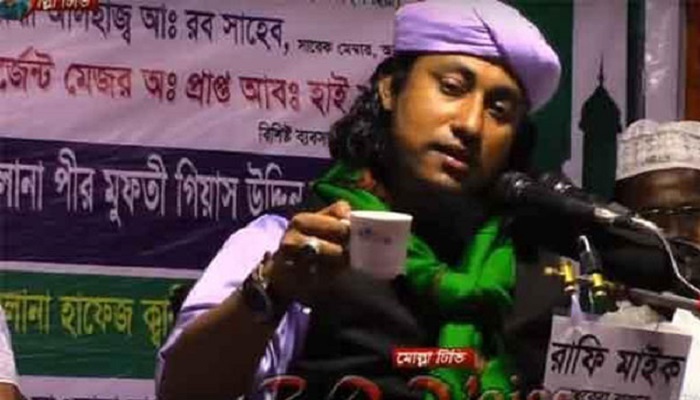 “I don’t offer anyone to drink tea during the Waz Mahfil,” he said in an interview with a private satellite TV channel recently.

In December, 2018, he was widely criticised and trolled in social media platforms including Facebook and YouTube over his controversial style of jikir (devotional act in Islam in which short phrases or prayers are repeatedly recited) with dance, where he was seen to pronounce ‘bosen bosen, boisa jan’ (Sit down, sit down, be seated).

Later, Mufti Taheri came to social media limelight with his offer of tea to the listeners of a Waz Mahfil programme, dated few years ago.

He was again criticised and trolled in Facebook and YouTube for saying ‘Dhele Daye’ (pour in) while drinking a cup of tea in the programme.

“As I was taking a cup of tea during that programme, I requested others to drink tea. A group of conspirators spread funny video using my style of offering tea to humiliate me. It is very unfortunate,” Mufti Taheri explained.