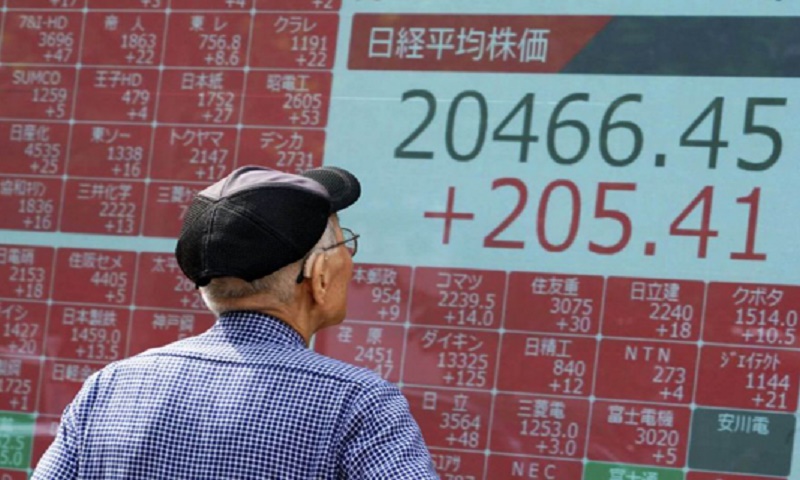 Equities rose in Asian trade Friday after the European Central Bank unveiled a fresh round of economic stimulus and another interest rate cut while a report said the US was considering a short-term trade agreement with China.

Global markets have been buoyed this week by a growing sense that central banks are on the brink of easing monetary policy to support growth, and on Thursday the ECB did not disappoint, reports AFP.

It said it would restart its bond-buying quantitative easing programme to boost liquidity, provide support for struggling banks and reduce borrowing costs deeper into negative territory in a bid to kickstart lending.

The bank said it would not lift rates until inflation moved towards its goal of just under 2.0 percent over the medium term.

The announcement, while slightly short of expectations, was broadly cheered by markets, sending equities in Europe and New York higher.

The euro initially plunged below $1.10 on the news Thursday before bouncing back and in Asia it was standing its ground.

The news also provided further hope that the Federal Reserve would cut rates at its meeting next week, even though data showed a jump in US inflation last month.

Investors were given an extra fillip by a Bloomberg News report that US officials were considering an interim trade deal with China that could freeze or cancel some tariffs if Beijing agrees to commitments on intellectual property and agricultural purchases.

China has said it would remove some US goods from its tariffs list — with big-ticket items including pork and soybeans also now being considered —while Trump announced a delay to some levies on Chinese imports.