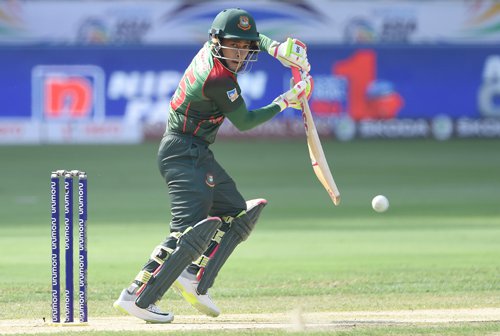 A poor batting display saw BCB XI get off to a disappointing start in T20 tri-nation series as they conceded a seven-wicket defeat against Zimbabwe at Khan Shaheb Osman Ali Stadium in Fatullah on Wednesday.

A batting debacle against visitors saw BCB XI get 142 runs for seven wickets in 20 overs.

For Zimbabwe, Sean Williams bagged three wickets to help the visitor to restrict BCB IX in 142.

In reply, Brendan Taylor hit an unbeaten 44-ball 57 laced with two fours and three sixes while Timcyen Maruma struck a blistering unbeaten 28-ball 44 to take Zimbabwe to a seven-wicket win.

Afif Hossain was the only BCB XI bowler with any success to show for, bagging all three Zimbabwe wickets that fell.

Earlier, four national players were included in the BCB XI to face Zimbabwe in the lone practice game.

Along with some young lads who have been performing well in the domestic circuit, BCB included Sabbir Rahman, Afif Hossain, Yasin Arafat Mishu and Mohammad Saifuddin in the squad.

These four players are in the main Bangladesh team that will compete in the tri-series T20I beginning 13 September at Sher-e-Bangla National Cricket Stadium.