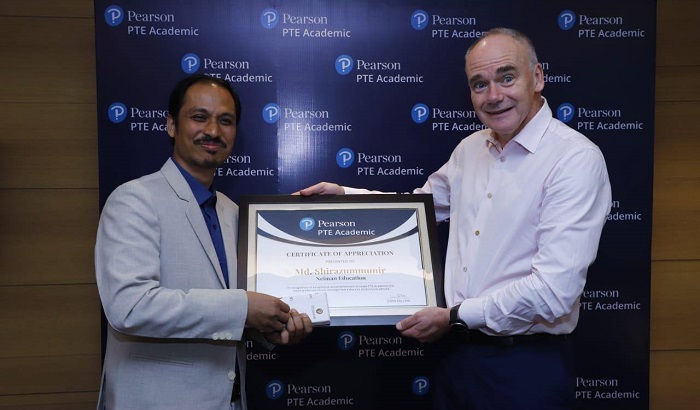 Pearson has recognised Neiman Education as the best test preparation center for its outstanding contribution to popularising Pearson Test of English (PTE) Academic in Bangladesh.

The announcement was made at an event organised by Pearson in New Delhi recently.

Pearson's top partners from the South Asian region participated the event. John Fallon, Global CEO of Pearson, awarded certificates to the partners in recognition of exceptional accomplishment to make PTE Academic, an alternative to IELTS/TOEFL, the most preferred choice among test takers to study or move abroad.

Md Sirazummunir, chief trainer and director, received the certificate on behalf of Neiman Education. It is to be noted that Neiman Education has pioneered the PTE Academic preparation course in Bangladesh and has been training aspirants for since 2015.

Hundreds of participants from Neiman got the privilege of studying abroad and secured PR (Permanent Residency) achieving higher scores in the test within the shortest possible time.