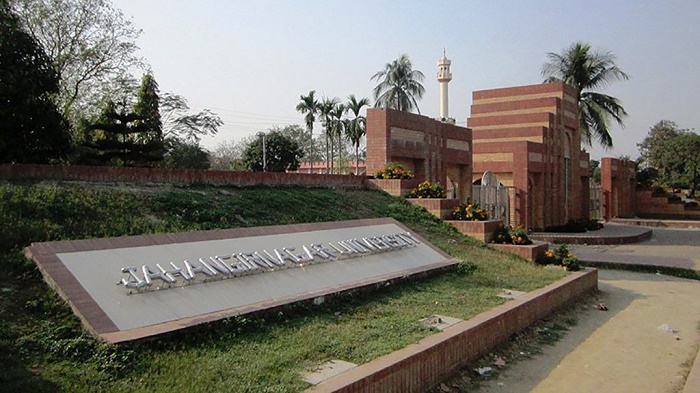 The protesting students of Jahangirnagar University have postponed the talks with the administration which was scheduled to be held this afternoon and gave a one-hour ultimatum to take actions against a Chhatra League leader.

The announcement came in the morning today soon after Abhishek Mandal, the organising secretary of JU unit Bangladesh Chhatra League allegedly assaulted Md Nurul Islam Saymum, general secretary of Jahangirnagar Theatre and also one of the organisers of the ongoing protests.

Saymum submitted a written complaint to the proctor of the university informing that Abhishek Mandal physically assaulted him around 10 am today on the campus.

When the news spread on the campus, the demonstrating students deferred their scheduled meeting with the authorities and demanded immediate action against the BCL leader.

"We will join talks with the authorities after legal actions against the BCL man is taken," said Ashikur Rahman, one of the spokespersons of the movement.