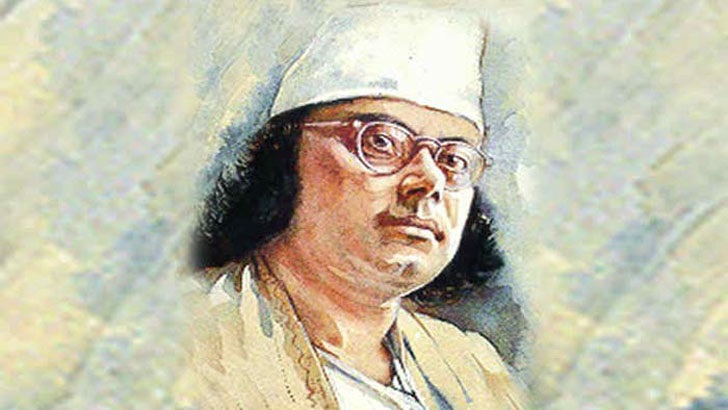 Nazrul, revered as Bidrohi Kobi (a rebel poet) for his activism for political and social justice, breathed his last in Dhaka on 12th Bhadro of Bangla calendar year 1383 (August 29, 1976) at the age of 77. He was buried with full state honour beside the Dhaka University Central Mosque.

Nazrul produced a large body of poetry and music with themes that included religious devotion and spiritual rebellion against all sorts of oppression.

Different socio-cultural and political organisations have chalked out elaborate programmes to mark the occasion. Television channels will air special programmes on Nazrul’s works and life.

DU teachers and students and other political and socio-cultural organisations will place wreaths at the grave of the national poet in the morning.

Bangla Academy will organise a discussion in the afternoon on the occasion.

Many other organisations will also arrange special programmes featuring discussion and musical events across the country.

Nazrul’s powerful poems inspired people to fight against all kinds of odds and injustice and repression during the colonial rule while his songs and poems were also a great source of inspiration for the freedom fighters during the country’s Liberation War in 1971.

Kazi Nazrul Islam was born on May 24 in 1899 at Churulia village in Asansol subdivision of Burdwan district of West Bengal, India.