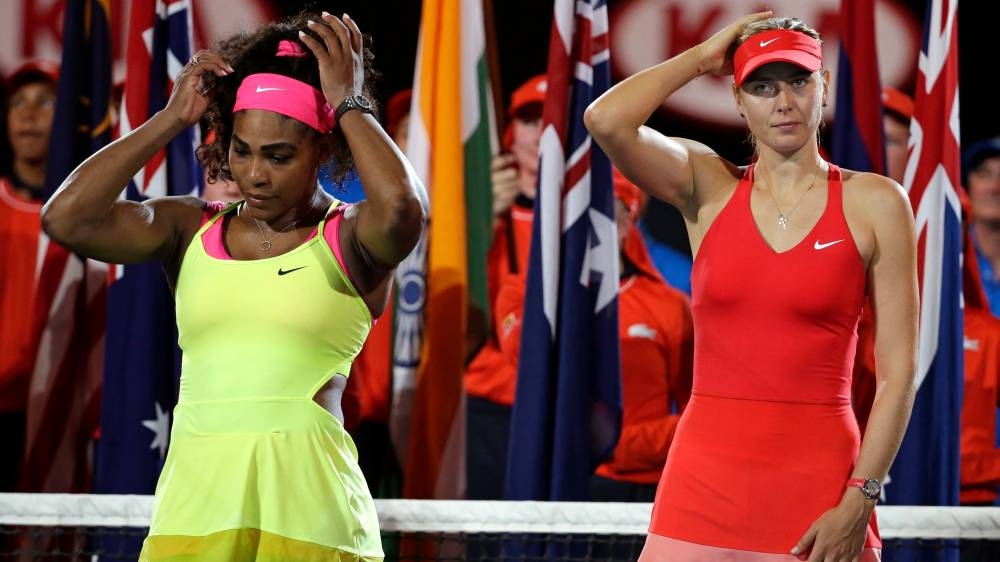 Serena Williams faces Maria Sharapova in a blockbuster first-round match Monday at the US Open, the feature showdown on the first day of the year’s final Grand Slam tennis event.

The 37-year-old American owns a 19-2 record against Russia’s 87th-ranked Sharapova and has beaten her 18 consecutive times dating to 2005.

That lopsided rivalry, however, has not prevented the matchup from being the talk of the tournament since Thursday’s draw announcement.

Williams owns a 3-1 record over Sharapova in Grand Slam matchups, having lost their first such meeting in 2004 at Wimbledon, but this will mark the first time they have met in a US Open.

“Someone texted me about it,” US 10th seed Madison Keys recalled. “I think I was shopping, had no idea the draw was actually happening. So it was like, ‘Oh my God. Look at this first round.’”

Williams last won a Grand Slam at the 2017 Australian Open, while pregnant.

Five-time Grand Slam champion Sharapova, 32, failed a drug test at the 2016 Australian Open and served a one-year ban. The 2006 US Open winner last won a Slam at the 2014 French Open. She has reached the fourth round at the past two US Opens.

Two years ago, Romania’s Halep who was handed an epic first-round matchup against Sharapova, just back from her doping ban, and lost.

“Yeah, it’s OK. We don’t talk about that. It’s past, so we just live the present,” Halep said. “It’s going to be a big match, definitely.”

US Open crowds are known for loud and boisterous behavior, an atmosphere where some thrive and others must adapt.

“Here in New York, the atmosphere is crazier than any other Grand Slam,” said 19-year-old Canadian Bianca Andreescu, who won a WTA tuneup event in Toronto.

“Everyone makes it so intriguing. You never know what you’re going to see on the streets. There is always something to do.”

Halep tries to relax to deal with the energy and uncertainty Flushing Meadows crowds can produce.

“You expect very loud crowds. You expect loud atmosphere here,” Halep said. “I’m trying just to stay on my rhythm. I have my restaurants where I’m going. I went to Central Park just to relax myself. So I’m doing easy things to get the pace I need.”

Barty revels in the thrill of New York.

“There’s no place in the world like New York,” she said. “I know how it works. You come here and you just take it in your stride. You enjoy it. There’s no point fighting it.”

The US Open will unveil Monday a sculpture of Althea Gibson, who shattered tennis racial barriers in the 1950s and 1960s. She was the first African-American to win a Grand Slam title at the 1956 French Open and also captured the 1957 and 1958 US Open and Wimbledon singles titles.

“I think it’s really important,” Osaka said. “She has done so much for tennis.”

Sloane Stephens, an African-American who captured the 2017 US Open women’s crown, also applauded the tribute.

“I think it’s awesome,” she said. “Recognizing the greats that came before us, people that have done amazing things for our sport, is cool. She’s a really important part of our tennis history.”