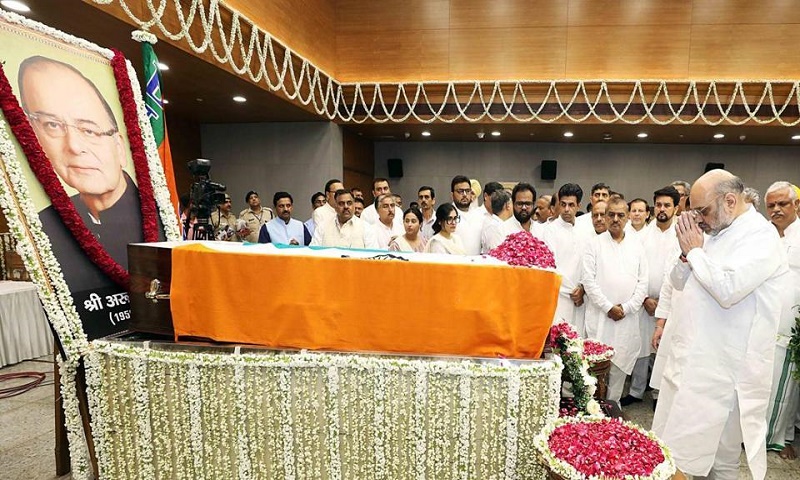 Arun Jaitley, the BJP stalwart whose death sparked a massive outpouring of public grief in the country, was given a teary send-off with politicians across the spectrum attending his funeral held with state honours.

His body wrapped in the tricolour, Arun Jaitley was brought to Nigambodh Ghat in a flower-decked gun carriage from the BJP headquarters where thousands of people, leaders and diplomats whose lives he had touched and influenced had queued up to pay their respects.

Arun Jaitley, among the most prominent individuals in Indian public life, died at 66 at the All India Institute of Medical Sciences. He had been admitted to hospital on August 9 after he complained of uneasiness. Jaitley breathed his last at 12:07 pm on Saturday, and returned home in a hearse soon after.

Indian Home Minister Amit Shah cut short an official visit to Hyderabad and headed back to Delhi. Indian Prime Minister Narendra Modi paid an emotional tribute to Arun Jaitley from Bahrain, where he was as part of his three-nation visit.