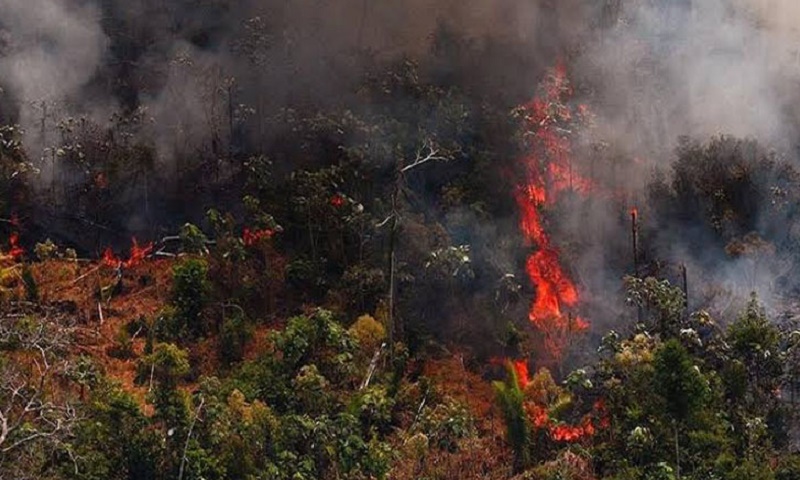 The record number of fires in Brazil's Amazon rainforest has coincided with a sharp drop in fines for environmental violations, BBC analysis has found.

At the same time, the number of fires burning in Brazil has increased by 84%.

It is not known how many of these fires have been set deliberately, but critics have accused President Jair Bolsonaro's administration of "green lighting" the destruction of the rainforest through a culture of impunity.

Mr Bolsonaro has sent in the military to help put out the fires after coming under pressure from the international community, saying he wanted to "help protect" the Amazon.

The largest rainforest in the world, the Amazon is a vital carbon store that slows down the pace of global warming. It is known as the "lungs of the world" and is home to about three million species of plants and animals, and one million indigenous people.

What does the data show?

Analysis by BBC Brasil shows the number of fines handed out by the Brazilian Institute of Environment and Renewable Natural Resources (Ibama) for environmental violations has dropped significantly since Mr Bolsonaro took office on 1 January.

The total number of fines relating to "flora" - which includes deforestation and burning - dropped from 4,138 to 2,535 over the same period

And in the nine states that make up the Brazilian Amazon, the drop in fines relating to flora dropped from 2,817 to 1,627