US, Taliban resume push for peace at Doha talks 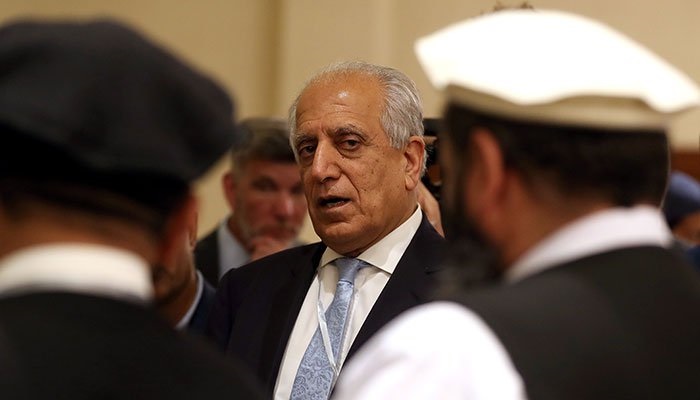 The US and the Taliban met in Doha on Saturday, an AFP correspondent said, resuming potentially decisive talks to allow Washington to withdraw militarily from Afghanistan.

The second day of their ninth round of dialogue had been due to begin Friday but "both sides decided to postpone it until Saturday", the Taliban's Doha spokesman Suhail Shaheen said, citing "other engagements".

"We have made progress and are now discussing the implementation mechanism and some technical points," he told AFP on Saturday, referring to discussions that took place two days earlier.

"The agreement will be completed after we agree on these points," he said.

Any deal would be announced before the media as well as representatives from neighbouring countries and China, Russia and the United Nations, he added.

The US, which invaded Afghanistan and toppled the Taliban from power in 2001, wants to withdraw thousands of troops but only in return for the insurgent group renouncing Al-Qaeda and curbing attacks.

Washington is hoping to strike an agreement with the Taliban by September 1 -- ahead of Afghan polls due the same month, and US presidential polls due in 2020.

Both the US and Taliban denied media reports Saturday that there had been discussions about the formation of an interim Afghan government that would include the Taliban.

"As the Taliban spokesperson stated earlier, we have had no discussions about an interim government," the US Afghan special envoy Zalmay Khalilzad tweeted.

"Governance decisions are for Afghans to make in intra-Afghan negotiations."

Shaheen, the Taliban spokesman, had earlier used his verified Twitter account to dismiss the reports as "not true".

The Taliban claimed on Saturday to have killed seven members of the US military in an attack on a convoy near Bagram airfield, north of Kabul.

Colonel Sonny Leggett, a spokesman for US forces in Afghanistan, said some local businesses had been damaged in the attack but denied coalition or US casualties.

"Rather than taking responsibility for, and apologising for, the harm they bring to innocent Afghans and their businesses, the Taliban spread lies about the attack," Leggett told AFP.

On Wednesday, however, two US soldiers were killed by small arms fire in Faryab province in northern Afghanistan, the Pentagon said.

Shaheen said in an interview with the CBS broadcaster that the deaths should have a "positive" impact on the talks in Doha.