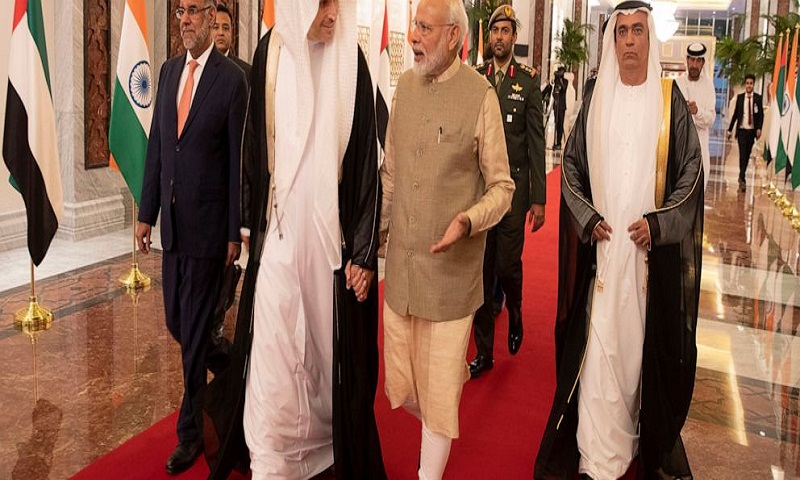 Modi's induction into the Order of Zayed on Saturday shows the importance the UAE places on India, the world's third-largest consumer of crude oil, even as the Indian leader pursues stripping statehood from the disputed Muslim-majority region of Kashmir, reports AP.

India is home to a rapidly growing consumer market and labor pool that the UAE relies on for its own economy.

Activists, however, decried the UAE bestowing the award on Modi as he clamps down on the Himalayan region claimed by both Pakistan and India.

Modi is also set to travel to Bahrain to become the first Indian premier to visit the island nation.