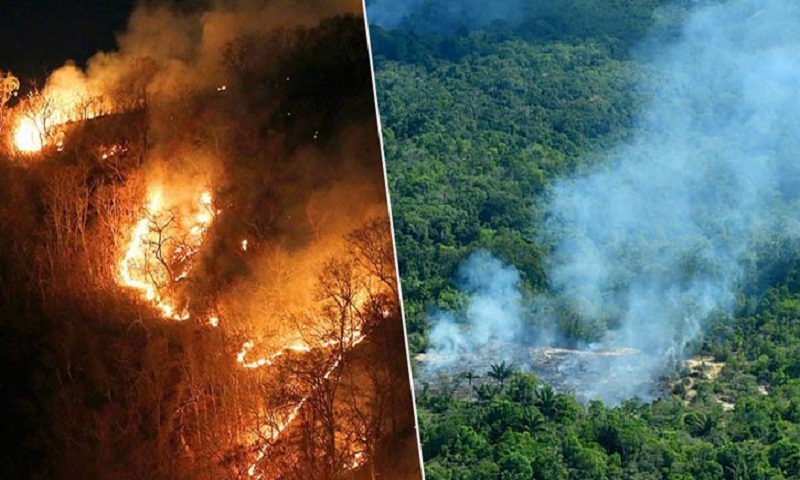 Brazil's president has ordered the armed forces to help fight a record number of forest fires in the Amazon.

A decree issued by President Jair Bolsonaro authorises the deployment of soldiers in nature reserves, indigenous lands and border areas in the region, reports BBC.

The announcement comes after intense pressure from European leaders.

Mr Bolsonaro has criticised the reaction of other nations, insisting wildfires "cannot be used as a pretext" for punitive sanctions.

It came after France and Ireland said they would not ratify a huge trade deal with South American nations unless Brazil does more to tackle blazes in the Amazon.

Finland's finance minister has also called on the EU to consider banning Brazilian beef imports. Finland is currently president of the Council of the EU - a role which is rotated among member states every six months.

Environmental groups held protests in cities across Brazil on Friday to demand action to combat the fires and protesters also gathered outside the Brazilian embassies around the world.

It is known as the "lungs of the world" and is home to about three million species of plants and animals, and one million indigenous people.