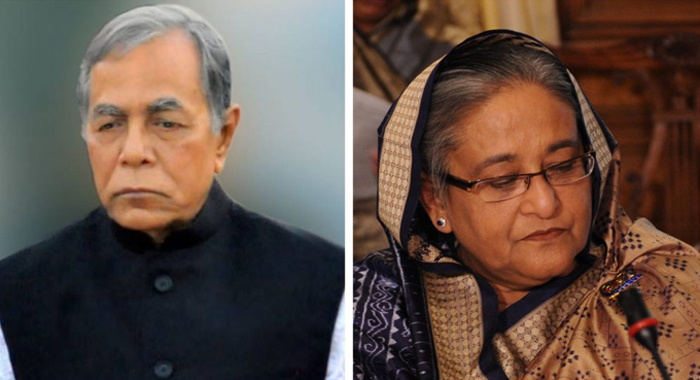 The President and the Prime Minister both expressed their deep shock and sorrow in separate condolence messages at the death of the veteran politician.

In a condolence message, President Abdul Hamid recalled the contribution of Prof Ahmed to different democratic and progressive movements, including the Language Movement and War of Liberation, with due respect.

“People will remember his contribution to different democratic movements for long”, the President mentioned.

At his death, the country has lost a veteran politician and it is indeed an irreparable loss to the country’s political arena, Abdul Hamid added.

President Hamid prayed for eternal peace of the departed soul and conveyed profound sympathy to the bereaved family.

Meanwhile, in another condolence message, the Prime Minister recalled the outstanding contributions of Muzaffar Ahmed to the great liberation war and different democratic movements in his long political career.

“The nation will ever remember with profound respect his role in the country’s progressive politics,” she said.

Sheikh Hasina prayed for eternal peace of the departed soul and conveyed profound sympathy to the bereaved family.

Professor Muzaffar Ahmed breathed his last around 8:00 on Friday night at a private hospital in the capital. He was 97.