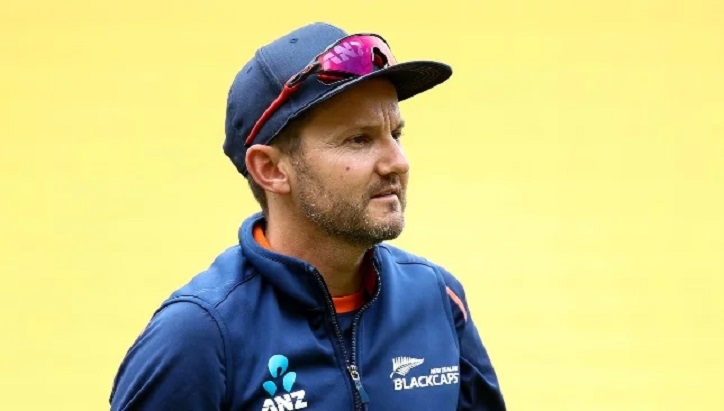 Royal Challengers Bangalore have appointed former New Zealand coach Mike Hesson as the Director of Cricket Operations while naming former Australia batsman Simon Katich as the Head Coach of the team. In an official release on Friday (August 23), RCB announced that it has parted ways with Gary Kirsten, the coach and mentor of the team in the previous seasons as well as bowling coach Ashish Nehra.

Having never had a director of cricket operations before, the franchise has created a new role that will see Hesson 'defining policy, strategy, programs, scouting and performance management'. The move comes on the back of the franchise's poor showing in the last two seasons where they finished sixth and last respectively. Hesson will also be a part of the RCB management team and will work closely with the players and the coaching staff.

Hesson had found success previously as New Zealand's head coach and was one of the six shortlisted candidates recently to become India's next head coach. However, he came up just short and lost out to current coach Ravi Shastri. Hesson had also recently coached Kings XI Punjab in IPL 2019.

Katich, on the other hand, also has a wealth of experience in the IPL having served as Kolkata Knight Riders' assistant coach until the 2019 season. He was also recently named as the head coach for the Manchester-based franchise for the inaugural season of The Hundred.

"RCB's purpose is to be the most trusted, respected and best performing T20 franchise and hence our constant endeavour is to create a culture of excellence and high performance for every member of the team. To deliver this ambition we are very happy to announce the appointment of Mike Hesson and Simon Katich. We believe that Mike's extensive experience in building strong teams along with Simon's powerful cricket experience will help us create a winning culture," said Sanjeev Churiwala, Chairman of Royal Challengers Bangalore.

"As a result of this restructuring exercise, we will be moving to a single coach model. Consequently, we would like to thank Gary Kirsten and Ashish Nehra for their contribution over the past two seasons. They leave us with a legacy of having given several young players the confidence to show their ability on the highest stage. Everyone at Royal Challengers Bangalore wishes them all the best in the future," he added.