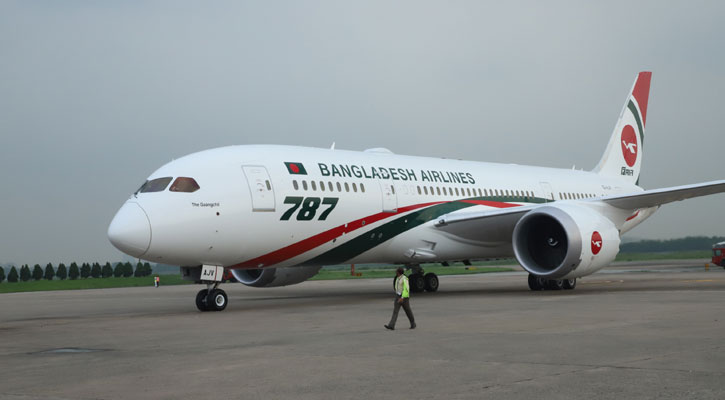 The premier inaugurated the aircraft at the VVIP terminal of Hazrat Shahjalal Airport in Dhaka at 11:30am today, says media report.

‘Gangchil’ will fly to Dubai in its maiden flight at 5pm today.

The third Boeing 787-8 Dreamliner, the 15th aircraft of the national flag carrier, was added to the Biman’s fleet on July 25. It landed at HISA directly from the USA’s Seattle’s Boeing Factory in the afternoon on the day.

The prime minister named all the Dreamliners, the sources said.

Earlier, the first Boeing 787-8 Dreamliner, named as ‘Akash Beena’, arrived in Dhaka in August last year, while the second one known as ‘Hangsabalaka’ arrived in December last.