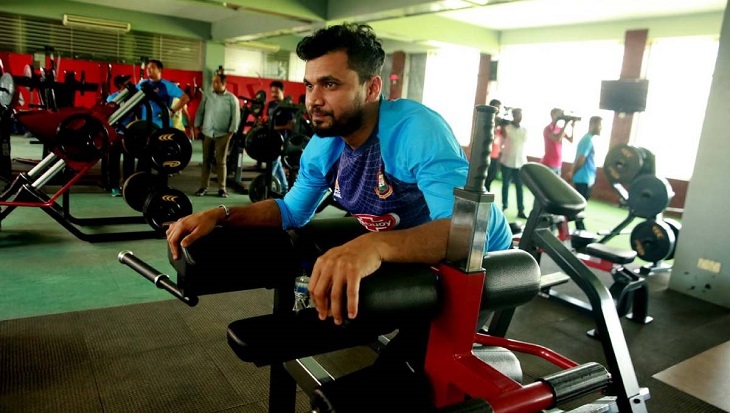 Ahead of the home series, Bangladesh national cricket team started their condition camp at the indoor practice ground in Mirpur on Monday under the supervision of fitness and conditioning coach Mario Villavarayan.

On the first day, Bangladesh Test and T20 captain Shakib Al Hasan and all-rounder Sabbir Rahman were not present. Shakib is yet to come back to the action from leave.

Bangladesh national team played non-stop cricket since October 2018. In this long time, players did not get time to work for their fitness properly.

Mario thinks this is why this conditioning camp is really important for the boys to get the strength and go for the action.

He said the conditioning camp will continue for six days only. He opined that this camp should run for six weeks. But due to the tight schedule of international cricket, a long condition camp of six months is not possible at the moment.

“I don’t think it’s enough. I think I need at least 4-6 weeks. But in international cricket, you don’t get that kind of time. So what we’ll do is we will use the skills camp as well to do our fitness sessions to keep improving,” he further said.

Mahmudullah Riyad and Mohammad Saifuddin had been struggling during the World Cup due to the injuries. However, they did well on the first day of the conditioning camp, confirmed Mario.

But, Mashrafe did not complete what he needed to do on the first day. But Mario is not worried about that as he said: “We haven’t got any one-day cricket till next year. So there’s no point in it (Mashrafe’s fitness). I don’t see a reason he should be doing a fitness test now when there’s no one-day cricket only in another six months. So, we’ll start working with him in the future.”

Bangladesh’s next assignment is to play their first Test against Afghanistan in the first week of September at Zahur Ahmed Chowdhury Stadium in Chattogram. After that, they will be facing Afghanistan and Zimbabwe in a tri-series T20.