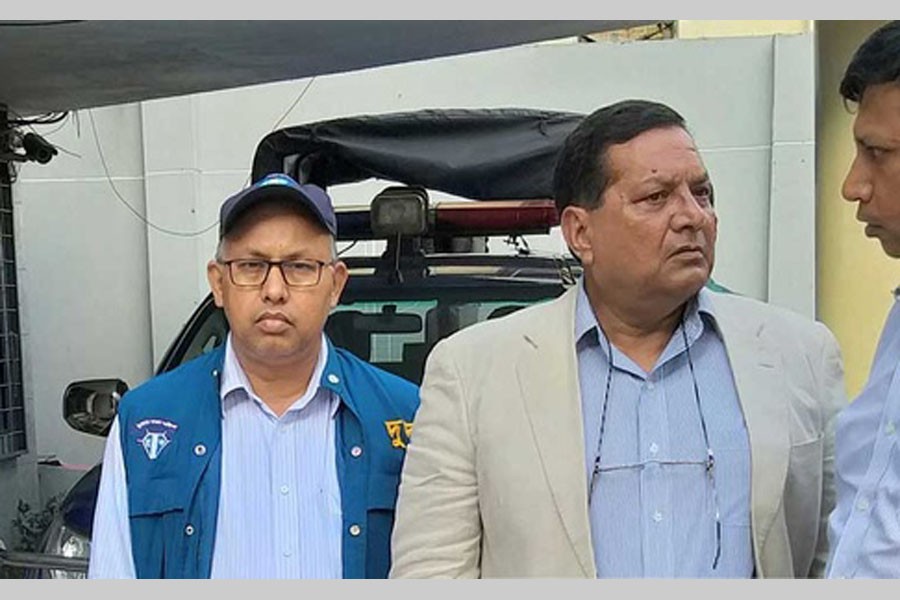 A Dhaka court on Monday granted bail to Tasvir Ul Islam, chairman of Quasem Industries Ltd till, August 29 in a case filed over the forgery in the design of Banani’s ill-fated FR Tower.

Ehsanul said the court granted bail to his client considering his age and physical ailment.

On Sunday, the Anti-Corruption Commission arrested Tasvir, one of the owners of the building, from Segunbagicha area in the case.

The ACC had filed two cases against 23 people for their alleged involvement in illegally extending Banani’s FR Tower beyond the permitted number of floors.

The building caught fire on March 27 last that left 25 people dead and 73 others injured.

During investigation, the ACC found that the 23-storey FR Tower had no fire alarm while it has narrow exit points and staircases and the fire exits are blocked.

The ACC sued 20 and five people respectively in the two cases filed over illegal extension of FR Tower from 16th to 18th and 19th to 23rd floors.