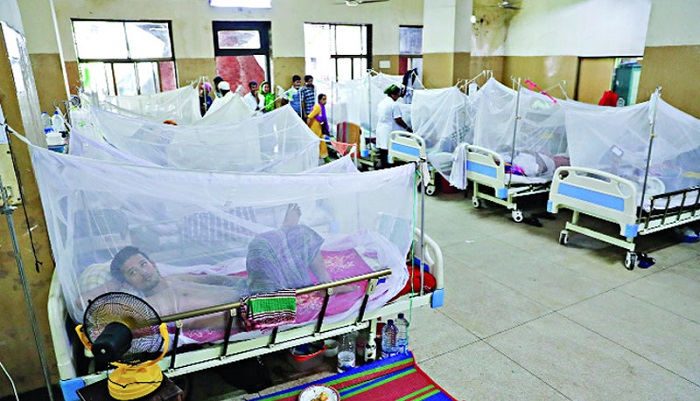 A total of 1,706 new dengue patients were admitted to different hospitals across the country in the last 24 hours till 8:00am on Sunday, according to the Directorate General of Health Services (DGHS).

Of them, some 734 dengue patients were admitted to different hospitals in the capital and the rest were outside Dhaka, the fresh data of the Health Emergency Operation Center and Control Room of the DGHS informed.

The DGHS findings showed a rise of the dengue infection cases across the country than the previous day as some 1,460 dengue cases including 621 in the capital were reported on Saturday.

The data also showed that a total of 53,182 dengue patients were admitted to hospitals with dengue fever from January 1 to till the date. Of them, 40 deaths were reported during this period.

At present, a total of 7,168 patients, inflicted with dengue fever, have been undergoing treatment in different hospitals across the country and of them 3,664 in the Dhaka division, according to the DGHS findings.