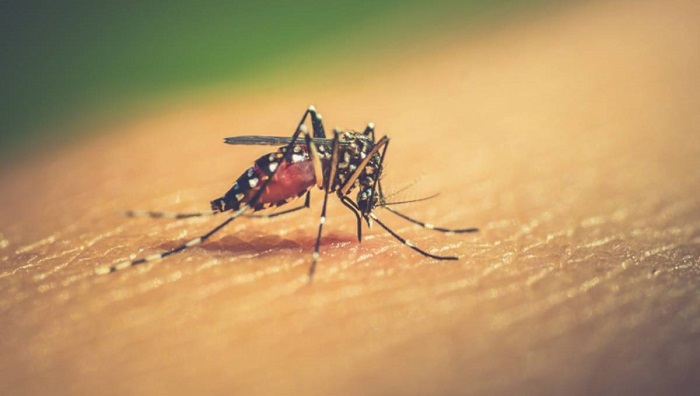 An outbreak of dengue fever in Southeast Asia has caused hundreds of deaths since January of this year.

Dengue fever is a mosquito-borne viral infection and mostly occurs in the rainy season from June to October in Southeast Asia.

Bangladesh's Ministry of Health registered a total of 43,271 dengue patients from Jan. 1 to Aug. 12 of this year, as compared with 10,148 cases and 26 deaths in the country last year.

In Myanmar, more than 3,100 cases of dengue and at least 10 deaths were reported in the first half of the year.

Thailand's Department of Disease Control released its latest report indicating a further 4,503 dengue fever cases in the first half of July, bringing this year's cumulative cases to 49,174 cases with 64 deaths.

Cambodia reported 13,000 cases of dengue fever from January to June 24, about a five-fold rise over the same period last year.

"Dengue virus has killed 24 people so far this year, up from only seven deaths over the same period last year," said Huy Rekol, director of Cambodia's National Center for Parasitology, Entomology and Malaria Control.

In the first seven months of 2019, Vietnam reported more than 105,000 dengue fever patients, including 10 fatalities.

"The weather conditions this year could lead to a widespread dengue outbreak if measures are not put in place to control the virus," Lao Minister of Health Bounkong Syhavong said.

Chinese embassies in some Southeast Asian countries have urged people to take care to prevent infection while traveling.

"The incidence of dengue has grown dramatically around the world in recent decades," said the World Health Organisation (WHO). "A vast majority of cases are asymptomatic and hence the actual numbers of dengue case are underreported and many cases are misclassified."

The WHO estimates that there are about 390 million infections every year.

According to the WHO, there is no specific treatment for dengue, but early detection and access to proper medical care lowers fatality rates below 1 percent.