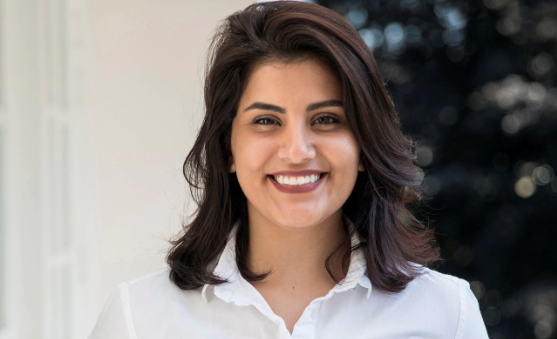 The siblings of jailed Saudi Arabian rights activist Loujain al-Hathloul have claimed authorities offered to release her in return for her silence over alleged torture and sexual harassment she suffered in prison.

Brother Walid al-Hathloul said Saudi state security asked Loujain to sign on a document and appear on camera denying she had been tortured to secure her release.

Loujain was arrested last May, along with at least 10 other activists, in a sweeping crackdown on dissenters led by Crown Prince Mohammed bin Salman.

Mr Hathloul, who lives in Canada, said she accepted to sign a document, but not to appear on camera.

“Our initial agreement was that she will sign the document in which she will deny she had been tortured. And that’s why we remained silent in the past few weeks,” he wrote on his Twitter account.

“Asking to appear on a video and to deny the torture doesn’t sound like a realistic demand.”

Sister Lina al-Hathloul tweeted earlier on Tuesday: "Idk (I don't know) what I'm risking by writing this. Maybe it will harm my sister too. But I can’t keep it to myself.

"Whatever happens I am certifying it 1 more time: Loujain has been brutally tortured and sexually harassed," Lina said.

Hathloul has said his sister,  who has been charged with attempting to destabilise the kingdom, told the family she has been whipped, beaten, electrocuted in a chair, and harassed by masked men who would wake her up in the middle of the night to shout threats at her in her cell.

She also claimed to have been forced to endure “verbal sexual abuse” and “sexual harassment” at the hands of her torturers.

Some of the imprisoned activists testified before a judge in Riyadh in March to being physically and sexually abused in prison.

The testimony matched claims made by Human Rights Watch, which reported that some of the women were sexually assaulted, waterboarded and made to hang for long periods of time from the ceiling.

Loujain, the most prominent of the arrested activists for her long-time campaigning for the right for women to drive and the end of male guardianship in the ultra-conservative kingdom, did not appear in court.

Loujain’s two sisters and brother, who all live outside of Saudi, have become vocal campaigners for her cause.

Another sister, Alia, tweeted that she should accept the offer.

“Deny what happened even if you have to record it on camera,” she wrote. “What is important is that you are with us, I miss you.”