Throat-slit body of a youth exhumed in Dinajpur 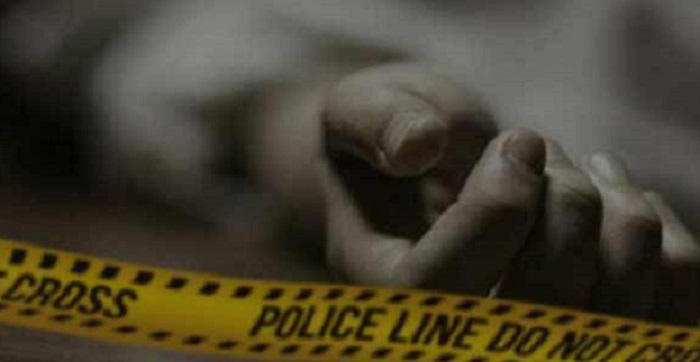 A throat-slit body of a young man was dug out from in front of his house in Khansama Upazila in Dinajpur district on Tuesday afternoon.

The deceased was identified as Golap Islam, 27, son of late Md. Atiq Islam, a resident of Shusali village in Alokjhar union of the Upazila.

According to Golap’s family and police source, Golap returned home around 10 pm on Monday (Eid day) and slept in his room but he was remained unanswered for long. Family members went to his room and pushed the door to call but they found the door was unlocked and found blood on the floor and blood-stained bed sheet.

Family members and neighbours started searching Golap Islam around their home and adjacent area. At one stage they found a place of loose soil, been suspicious they removed the soil and found a hand of a man.

Later, local UP chairman ASM Ataur Rahman informed police about the incident. Police rushed to the spot and recovered the throat-slit body of Golap from two separate holes.

He said the body was sent to M Abdur Rahim Medical College Hospital morgue for autopsy adding deceased’s brother, stepmother and stepbrother were taken to the police station for initial interrogation.