India choose to bat against West Indies in second ODI 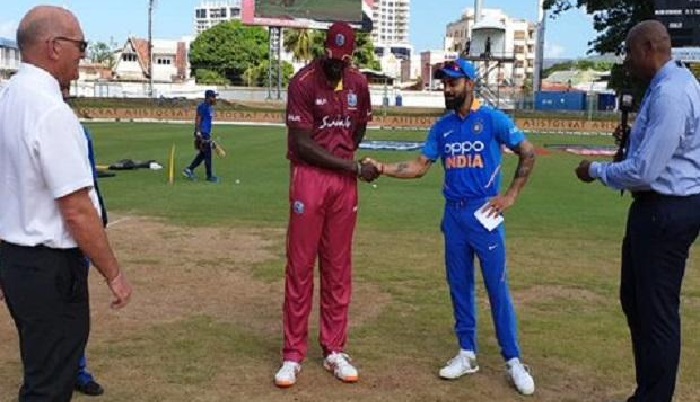 India captain Virat Kohli won the toss and opted to bat first against the West Indies in the second fixture of the three-match One-Day International series at Queen's Park Oval in Trinidad on Sunday.

With a 3-0 sweep in the preceding T20 series already under their belts, the tourists have retained the same 11 from the rain-ruined first ODI in Guyana last Thursday, which was declared a no-result with only 13 overs bowled in the match.

West Indies were forced to make one change with left-arm spinner Fabian Allen unwell and his place taken by fast bowler Oshane Thomas.

Veteran opening batsman Chris Gayle is playing his 300th ODI - the first West Indian to reach that landmark - and also needs just nine more runs to surpass the tally of 10,405 by Brian Lara as the most by a West Indian in the 50 overs-per-side format.