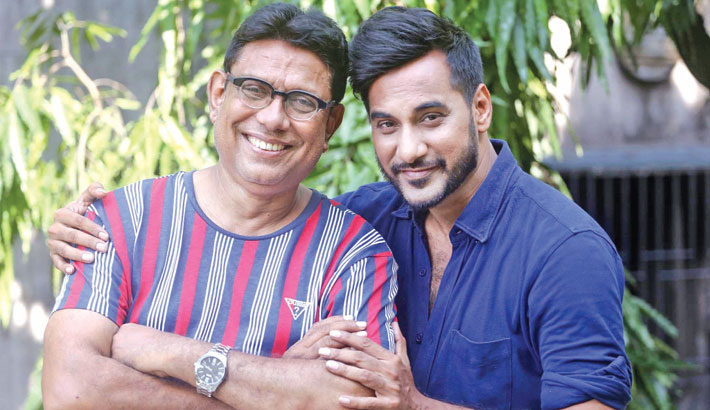 Evergreen Afzal Hossain is one of the prominent actors of Bangladesh showbiz industry. He was the most successful romantic actor of his arena in 80’s. His appearance on small screen may have lessened over the years, but he is still very popular to the audience.

Afzal Hossain is also a director and AD maker. He has been directing Chotokaku series based on Faridur Reza Sagor’s story for a long period. Following this thread, he is directing Chotokaku’s new series ‘Khali Khali Noakhali’ for Eid-ul-azha.

“It’s always been pleasure to me working with Afzal Hossain. He is my mentor also. I came to the media industry through him. I still feel the same tension working under his direction. He is a very respectable person, always worked with patient. I will always love to work with him,” Shajal added.

‘Khali Khali Noakhali’ will be aired on Channel i everyday from before the Eid day to 8th day of Eid-ul-Azha.

Shajal has been engaged in the media industry for over a decade. He started his career as a model, but he soon became a popular actor with his performances in TV dramas. Besides, he has acted in films like Nijhum Aronye, Charulota and Run Out in the last few years.