Your rights to compensation for flights delayed or cancelled 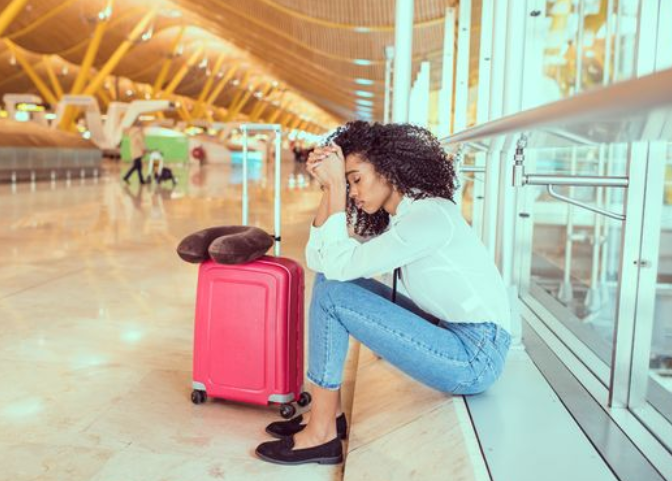 A delayed or cancelled flight can ruin a holiday, as it creates unnecessary stress and frustration on your trip.

When it's the result of strike action, it's normal to want to seek compensation especially if it's meant you spent hours waiting in an airport or having to move your travel plans around to get onto another flight after yours was cancelled.

The silver lining for holidaymakers is that in some situations you are able to claim compensation for delayed and cancelled flights, but it does depend on the strikes themselves and whether the airline can claim 'extraordinary circumstances' aka a situation which was out of their control such as weather.

In circumstance where you can't claim compensation but have faced delays of over two hours, you will still be entitled to assistance from the airline.

We take a look at your rights to compensation if your flight is delayed or cancelled because of strikes...

Airline strikes involve any staff directly employed by the airline such as cabin crew and pilots.

If your flight is delayed or cancelled as a result of these strikes, then you could be entitled not only to compensation, but assistance from the airline during the delay too.

However it's worth noting that you're only entitled if you have a flight to/from an EU destination.

If your flight is delayed by more than two hours

The airline must provide you with some assistance.

This means a reasonable amount of food and drink (usually they offer vouchers), a way for you to communicate such as a phone call (or they often refund the cost of calls), accommodation if you're delayed overnight, and transport to from accommodation whether this be a hotel or your home.

Keep receipts for anything you need to spend if the airline says it will cover costs - but try and stick within reason as they could refuse to pay if you're opting for the likes of a 5* luxury hotel.

However, you won't be entitled to compensation.

If your flight is delayed by more than three hours

You are entitled to the same assistance that you would be for the delay of two hours - but you are also entitled to compensation.

For delays of more than three hours, you can claim up to €250 under EU law.

You'll need to log the claim with your airline. It's worth noting that the amount you're entitled to depends on whether you're flying short-haul, medium-haul or long-haul.

The option to fly to your destination

If your flight is delayed or cancelled but you still want to fly, it's the airline's responsibility to get you to your destination.

They will often rebook you onto another flight (although you may need to be patient) but the law says they must get you there.

If they ask that you make alternative travel arrangements for which they will cover the cost, keep all of your receipts and make sure you get the name of the person giving this advice. Try and rebook with the same airline.

You can find out more about claiming compensation on the Civil Aviation Authority website .

Make sure to also check your travel insurance policy in case you are covered for any delays or cancellations due to strikes.

These strikes usually involve staff employed by the airport such as security staff, air traffic controllers and baggage handlers.

Unfortunately, it's unlikely that you'll get compensation from an airline if these strikes happen.

That's because the airline could claim extraordinary circumstances aka situations which were out of their control.

However, that doesn't mean you'll be left completely in the lurch if you're flying to/from an EU destination.

Under EU law, the airline still has some obligations such as offering you assistance and getting you to your destination.

Assistance includes food, drink, access to communications (this could be by refunding the reasonable cost of phone calls) and accommodation if necessary.

It's also worth checking your travel insurance policy in case you are covered for any delays or cancellations due to strikes.