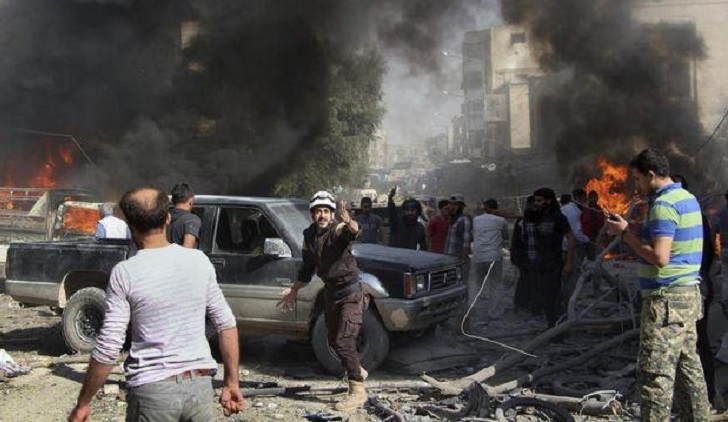 Regime and russian bombardment on Sunday killed 9 civilians in northwestern Syria where ramped up attacks by the two allies have claimed hundreds of lives since April, a war monitor said.

Idlib and parts of the neighbouring provinces of Aleppo, Hama and Latakia are under the control of Hayat Tahrir al-Sham, a jihadist group led by Syria's former Al-Qaeda affiliate.

The region is supposed to be protected from a massive government offensive by a September buffer zone deal, but it has come under increasing fire by Damascus and its backer Moscow over the past three months.

Shelling and air strikes by the regime also killed two other civilians elsewhere in the northwest, it added.

The bombardment comes a day after regime and Russian air strikes on the region killed 15 civilians, including 11 in Ariha, the monitor said.

Some three million people, nearly half of them already displaced from other parts of the country, live in the Idlib region.

Attacks by the Syrian regime and its ally Russia have claimed more than 740 lives there since late April, according to the war monitor.

The UN says more than 400,000 people have been displaced.

The war in Syria has killed more than 370,000 people and displaced millions since it started in 2011 with a brutal crackdown on anti-government protests.