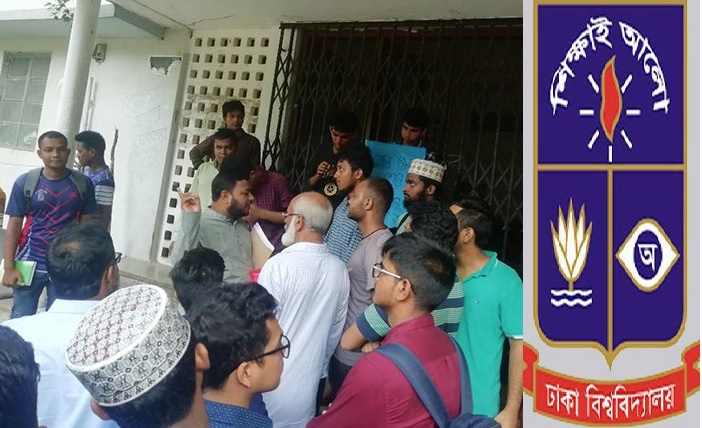 A group of Dhaka University (DU) students on Sunday locked the gates of administrative and academic buildings demanding an end to the university’s affiliation with seven colleges.

Agitated students also boycotted classes and examinations as part of their protest.

“We want an end to the affiliation as DU doesn’t have the capability to bear the burden of seven colleges,” said Md Yeamin Molla, one of leaders of the demonstrators.

He said the protests would continue until their demands are met.

The DU students want the authorities to accede to their four-point demand that include publishing results within two months of the exam, and banning mass-transport on the campus.