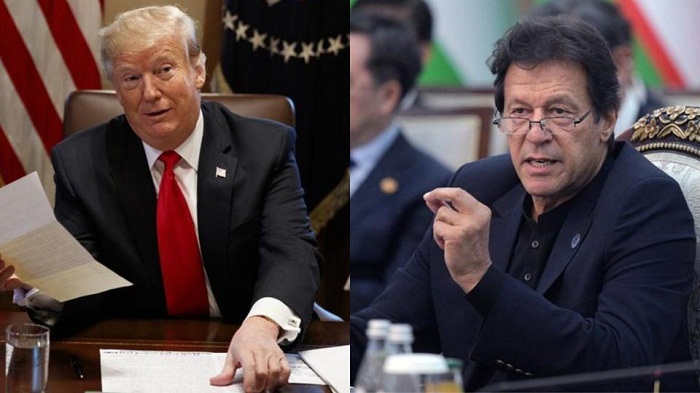 The United States will press Pakistan during Prime Minister Imran Khan’s upcoming visit to do more to help the Afghan peace process and sustain the recent crackdown on terrorists, going beyond the kind of “window-dressing” it has exhibited in the past in regard to the arrest of Lashkar-e-Toiba leader Hafiz Saeed and others like him.

“We have seen this movie before,” a senior administration official told reporters Friday, previewing President Donald Trump’s upcoming first meeting with Pakistani Prime Minister Imran Khan this Monday. The official was referring to Saeed’s arrest earlier in the week, the seventh time so far since 2001, as part of Pakistan’s new resolve under the Khan government to combat terrorism, which has been received with much skepticism in both Washington DC and New Delhi.

While the Afghanistan peace process is expected to be the primary focus of the meeting, Pakistan’s patchy counter-terrorism efforts will figure prominently. Khan and his delegation will be told, the official said, “the door is open to repairing the relationship and building an enduring partnership if Pakistan changes its policy with regards to terrorists and militants”.

Pakistan’s counter-terrorism actions, which have come in for the most withering of US attacks under the Trump administration, will also be critical to the resumption of security aid that President Trump ordered to be suspended in January 2018. Asked if restarting this aid could figure in the Monday talks, the official said, “We will consider changing the suspension on certain items in Pakistan meets our security concerns in Afghanistan and with regard to some of the externally focussed groups like Lashkar-e-Toiba and Jaish-e-Mohammad.”

The Trump administration also plans to press Pakistan to allow India-Afghanistan trade to transit through its territories as part of the discussion on trade, another of the major topics of discussion for the two sides on Monday. “We think this would be a very positive step and would demonstrate Pakistan’s commitment to a peaceful, prosperous South Asia,” the official said.

Trump and Khan, who once exchanged angry Tweets over Pakistan’s half-hearted efforts at combatting terrorism, will meet over lunch accompanied by their respective delegations and the tone of the meeting is expected to be urgent and business-like, with the focus on the Afghanistan peace process.

The Trump administration sees the visit, as the official said, “as an opportunity to incentivise Pakistan to use its full leverage and influence with the Taliban to advance the peace process in Afghanistan”. And that is in line with the incremental softening in this administration’s posture on Pakistan from the stark hostility of the president’s tweets and remarks of most of 2018, all geared towards exiting Afghanistan, ending the country’s longest war in history.

“We do appreciate the initial steps that Pakistan has taken to facilitate this effort, but we are reaching a critical juncture in the peace process and we are asking Pakistan to pressure the Taliban into a permanent ceasefire and participation in an intra-Afghan negotiation that would include the Afghan government,” the official said.