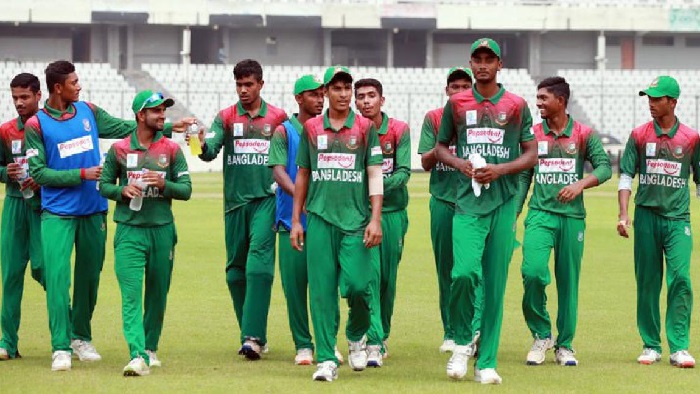 Bangladesh under-19 cricket team won the warm-up game against Young Lions XI by a big margin of 108 runs at the start of their England tour on Thursday at Loughborough.

Young Lions won the toss and opted to bowl first. Bangladesh took the advantage of batting first scoring 259 runs for eight wickets with the help of Shahadat Hossain’s 62. In reply, Young Lions tumbled for 151 in spite of a hard-fought fifty of Luke Doneathy (58).

The first three batsmen of Young Lions failed to score any run. Two of them fell prey to Tanzid while Mrittunjoy scalped one.

After the warm-up game, Bangladesh under-19 will play a tri-series also involving the hosts- England, and India.