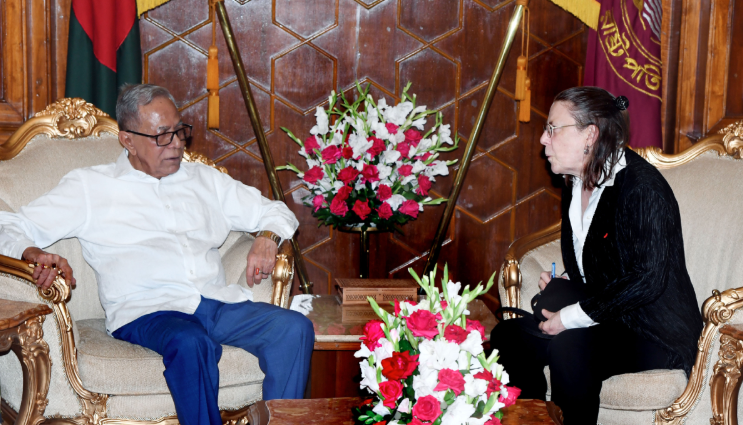 During the meeting, the President said bilateral relations between Bangladesh and France are very excellent and the ties are expanding gradually, President’s Press Secretary Joynal Abedin said while briefing reporters after the meeting.

Hamid hoped that the relations between the two countries would be stronger in the coming days.

Congratulating the French envoy for successful completion of her tenure in Bangladesh, he said the people-to-people connectivity between Bangladesh and France is increasing day by day.

Describing France as a good destination of Bangladeshi goods, the President expressed his gratitude to the French government and its people as the country has been providing all-out cooperation to Bangladesh for its socio-economic development.

He also recalled with gratitude the contribution of France, which recognised Bangladesh as one of the first European countries after its independence in 1971.

Hamid also expressed his gratefulness to the French government and people for providing intellectual support during the nine-month Liberation War.

Expressing her gratitude to the President and the Bangladesh government for their heartfelt cooperation, Marie-Annick BOURDIN said France always gives priority to its relations with Bangladesh.

France has been giving necessary support to the renewable and solar energy sector in Bangladesh, the envoy noted.

The outgoing ambassador hoped that the relations between the two countries will strengthen in different fields in the future.

Secretaries concerned to the President’s office and high officials of the Foreign Ministry and French Embassy were present on the occasion.