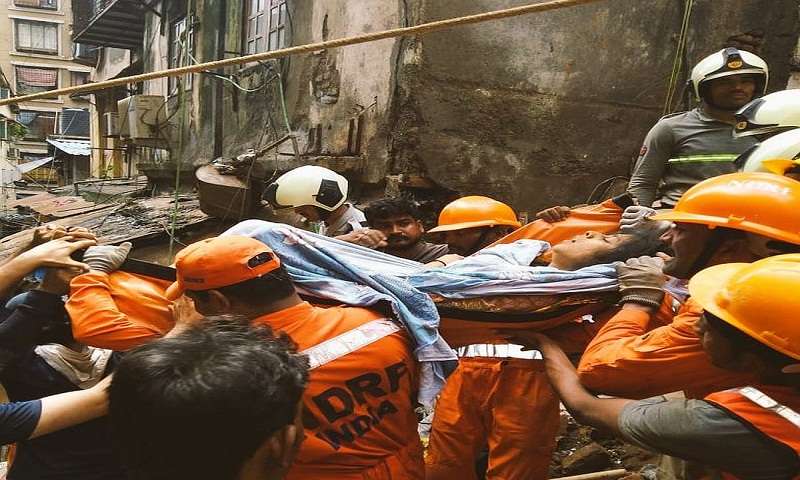 The death toll in the Kesarbai building collapse rose to 14 on Wednesday as rescue operations continued for the second day after the 100-year-old structure crumbled to the ground in the Dongri area of Maharashtra’s Mumbai on Tuesday.

Among the 14 dead are two minors whose bodies were recovered from under the debris early on Wednesday.

The death toll is likely to go up further later in the day as the rescue operations progress, An official from the BMC disaster management cell said.

Dozens are still feared trapped in the rubble of the building.

At the earliest stage, at least 40-50 people were feared trapped under the debris.

The National Disaster Response Force (NDRF) is carrying out rescue and search operations with the help of sniffer dogs.

Nine people, including two children, have been rescued so far.

The rescue teams could not bring in heavy vehicles to remove the debris as the lanes were too narrow with electric wires dangling overhead.