Four-day Cricket: Bangladesh A team draw with Afghanistan A 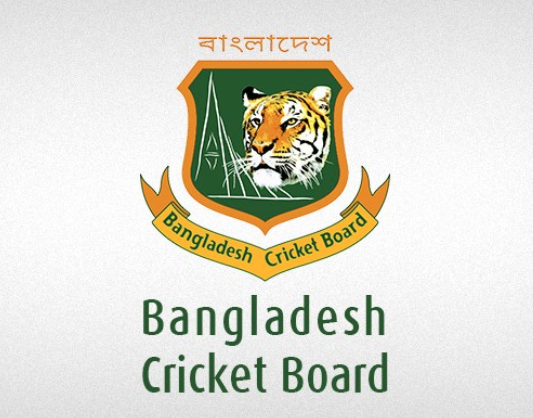 Hosts Bangladesh A Team played a draw with touring Afghanistan A Team in their 2nd four-day unofficial Test on the 4th and final day at the Zahur Ahmed Chowdhury Stadium in Chattogram on Monday.

The night watchman Raqibul Hasan, who was batting with 38, scored 61 off 143 balls on the day, hitting eight fours, before he was caught by Ibrahim Zadran off Sharafuddin Ashraf delivery, leaving the team with 148 runs for 4 in 52.2 overs.

In reply to Bangladesh’s first innings, touring Afghanistan A Team scored 163 for 2 in 44 overs on Monday afternoon when the bails were drawn for the 4th and final day to settle for a draw.

Opener Ibrahim Zadran smashed 96 off 110 balls, hitting four fours and three sixes, before his run out by Imrul Kayes while Bahir Shah remained unbeaten at 52 off 124.

Tanvir Islam grabbed one wicket conceding 52 runs in 17 overs for Bangladesh A Team.

Afghanistan batsman Ibrahim Zadran was announced as Player of the match while his teammate and bowler Qais Ahmad named as the Player of the Series.

After the match, Mayor of Chattogram City Corporation and Director of Bangladesh Cricket Board AJM Nasir Uddin distributed the prizes as the chief guest.

Earlier on Friday, sent into bat first on the first day of the match, captain Imrul Kayes scored only 2 runs for Bangladesh before falling prey to Yamin Ahmadzai in 3.4 overs.

Monsoon rain-interrupted Friday’s game when hosts Bangladesh A scored 18 for 1 in 7.4 overs against their Afghan counterpart.

On Saturday, the play of day two was called-off without a single ball being bowled due to incessant rain.

On Sunday, Bangladesh resumed the first innings with first day’s total 18 runs for 1 and scored 112 for 2 in 41 overs featuring one half-century by opener Mohammad Naim (65 off 113 balls) before the rain halted the 3rd day’s play.

Bangladesh A suffered a seven-wicket defeat against the touring side in the four-day first unofficial Test at the Sheikh Abu Naser Stadium in Khulna last week.

The first three one day matches will be held in Chattogram on July 19, 21 and 24 while the last two matches scheduled at BKSP in Savar on July 27 and 29.