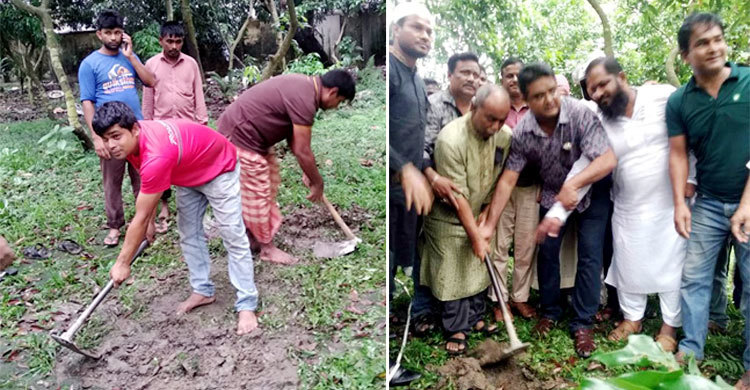 Supporters of Jatiya Party in Rangpur have started to prepare a grave for its late Chairman Hussain Muhammad Ershad.

Talking to reporters, Mostafa said: “We are ready to take the body of our beloved leader. The leaders of Jatiya party of Rajshahi division are also with us. We will bury our son in Rangpur bay any cost.”

To bury Ershad in Rangpur he also sought co-operation from prime minister, central leader of Jatiya party and his family members.

Earlier on Sunday, the party central leader and family members took decision to laid Ershad to rest at the Military Graveyard in Banani in the capital on Tuesday.

Ershad's mortal remains will be taken to his home district Rangpur on Tuesday where his fourth janaza will be held after Zohr prayers at the Zilla School ground.