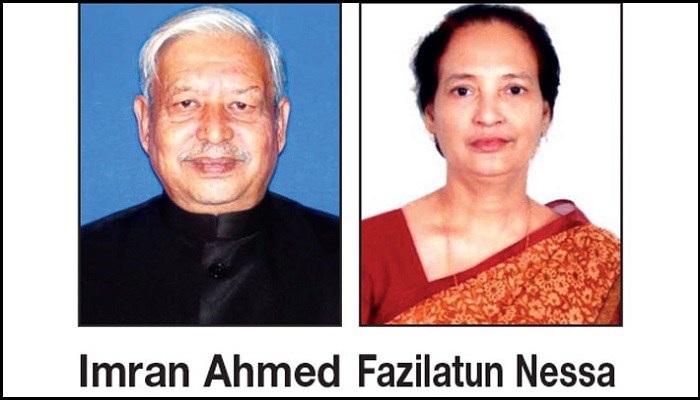 One full minister and state minister are set to be sworn in on Saturday at Bangabahban presidential palace at about 7.30 pm, a spokesman said.

“All necessary preparations have been completed to hold the swearing-in of new cabinet members at the Darbar Hall,” President’s Press Secretary Joynal Abedin told the media.

Prime Minister Sheikh Hasina has expanded her cabinet for the second time after assuming office for the third consecutive term this year.

Sources in the government said the premier made the changes to bring more dynamism in some ministries.

According to the Cabinet Division, State Minister for Expatriate Welfare and Overseas Employment Imran Ahmed will be sworn in as a full minister while Awami League Women Affairs Secretary Fazilatunnesa Indira as a state minister.

Imran, a six-time lawmaker from Sylhet-4 constituency, who is a state minister for the Expatriates’ Welfare and Overseas Employment Ministry, is being made a minister for the same ministry.

Indira, also a former general secretary of Mahila Awami League, is a lawmaker from a reserve seat for women for a second term.

Earlier on Thursday, Cabinet Secretary Shafiul Alam confirmed the news while briefing reporters at the Secretariat.

The premier first recast her cabinet on May 19 by bringing changes in the portfolios of some ministers.